City Paper’s first ever Coloring Issue features the work of seven local artists, all illustrating a B&W coloring page with the theme “Pittsburgh With a Twist.” 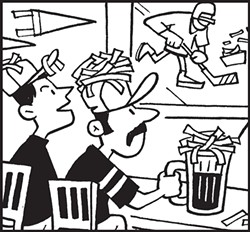 A detail from the cover illustration

On the outside of this week’s issue, you’ll find an illustration by Pat Lewis, which wraps around the entire front and back covers. Since first-time visitors to Pittsburgh often comment on our need to put French fries on everything from salads to Primanti’s sandwiches, we’ve placed French fries on literally everything: parking chair, construction worker, Edgar Snyder billboard and yes — just in time for the Penguins to reach the Stanley Cup Final — a bunch of guys watching a hockey game in a bar. (Go Pens!)

You can check out the rest of the illustrations below, but make sure you pick up this week’s issue to take part in our coloring contest. Pick your favorite page to color in, then show us your style on Facebook, Twitter or Instagram, with #CPColoringIssue for the chance to win a CP prize pack that could include Stage AE tickets, restaurant gift cards, T-shirts and more. Happy coloring! 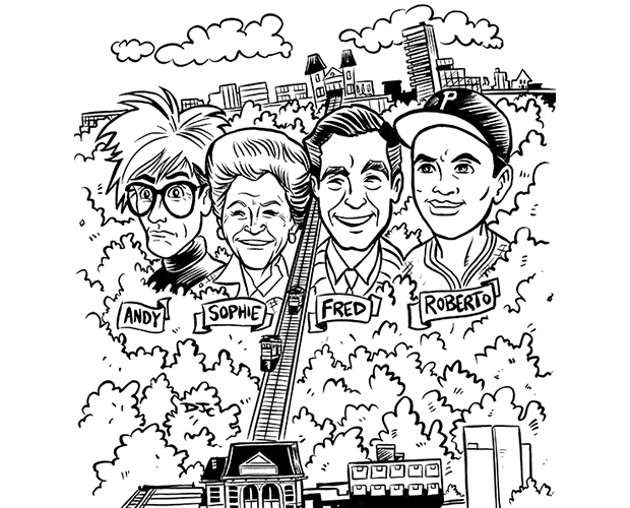 Ever imagined what a Pittsburgh version of Mount Rushmore would look like? In our take, Mount Washington has been carved with the faces of beloved Pittsburghers Andy Warhol, Sophie Masloff, Fred Rogers and Roberto Clemente. 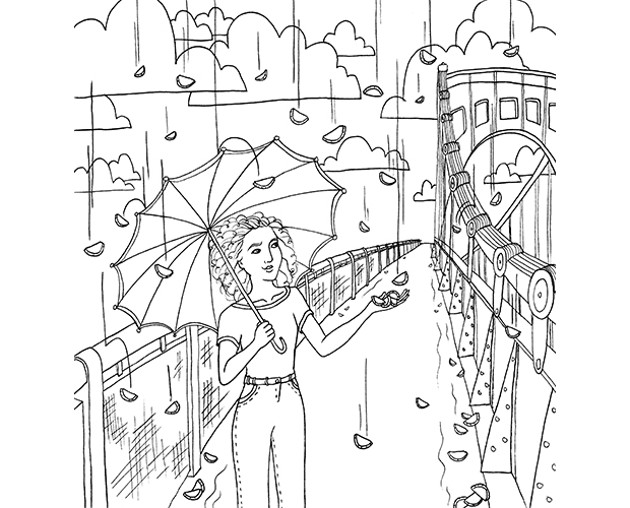 It’s almost Three Rivers Arts Festival time and you know what that means: rain! Only, in our “Pittsburgh-with-a-Twist” version, it’s raining one of Pittsburgh’s favorite foods. (If you’ve ever seen how many pierogies local churches make, this isn’t so far-fetched.) 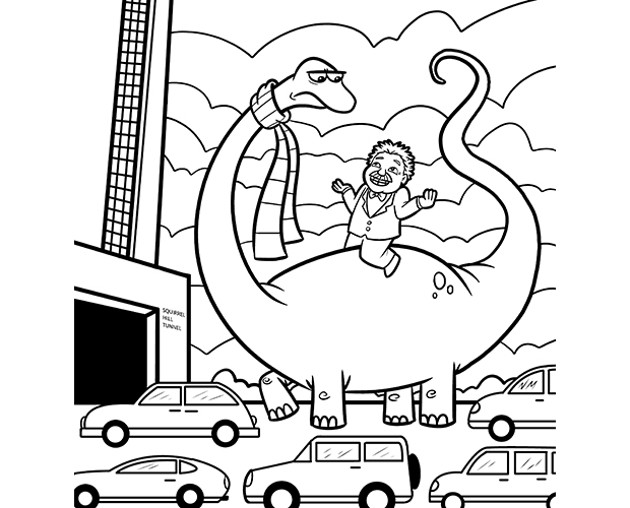 The Carnegie Museum of Natural History’s famous extra-large statue has broken loose, and he’s taken beloved Pittsburgh icon Rick Sebak with him. But, oh no! They can’t fit inside the tunnel. How is anyone going to get to work with all that traffic now? 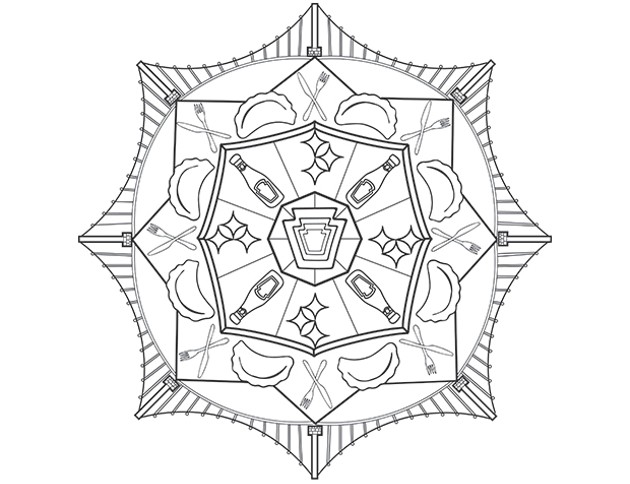 It’s hard to pass by a magazine rack these days without seeing a mandala coloring book, but our version is way more fun: Heinz ketchup bottles and the hypocycloids from the Steelers logo add to this quirky Pittsburgh-themed design. 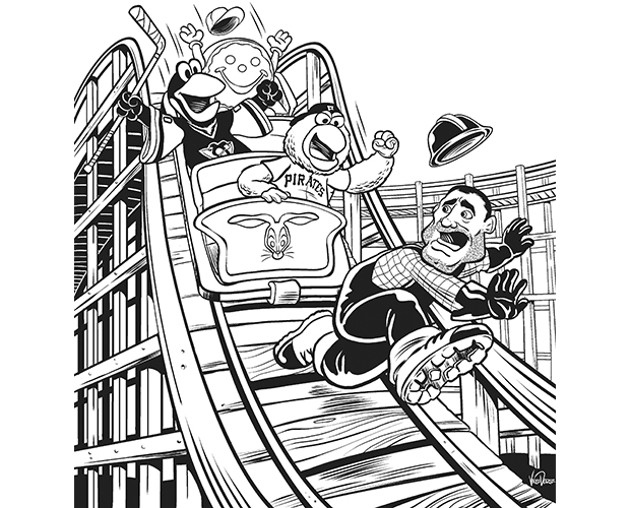 Everyone loves Pittsburgh’s sports mascots like the Pittsburgh Pirate Parrot and Iceburgh from the Penguins. Steely McBeam? Not so much. This coloring page takes the trio to Kennywood where they’re joined on the Jack Rabbit coaster by the Eat’n Park Smiley Cookie, who looks just happy to be there. 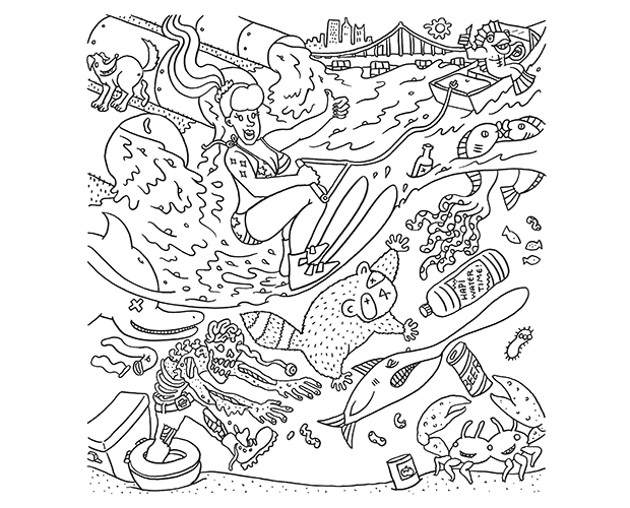 Summer in Pittsburgh brings revelers out to the three rivers, but do we really know what’s lurking beneath the water? Our monthly comics journalist Em DeMarco has joined the fun this week with a coloring page commenting on Pittsburgh’s current water issues, imagining an underwater scene filled with mutant fish and conjoined crabs.