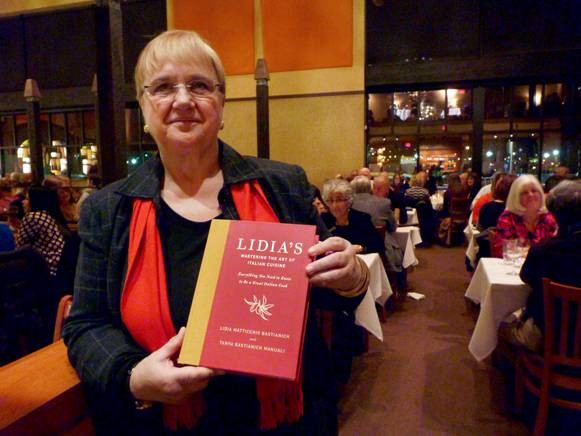 Photo by Ashley Murray
Lidia Bastianich promoted her new cookbook at Lidia's Pittsburgh this past weekend.
In our second episode, columnist and Sound Bite segment host Celine Roberts takes us to the busy kitchen at Lidia’s Pittsburgh to talk to none other than Lidia Bastianich. We talk with City Paper staff writer Ryan Deto about Pennsylvania’s U.S. Senate seat that is up for grabs. And, CP editor Charlie Deitch goes off about the Republican presidential candidates ahead of the Iowa Caucus.

CP Podcast: Can a fantasy football team of only "morally upstanding" players hold its own?

By Ryan Deto and Rebecca Addison