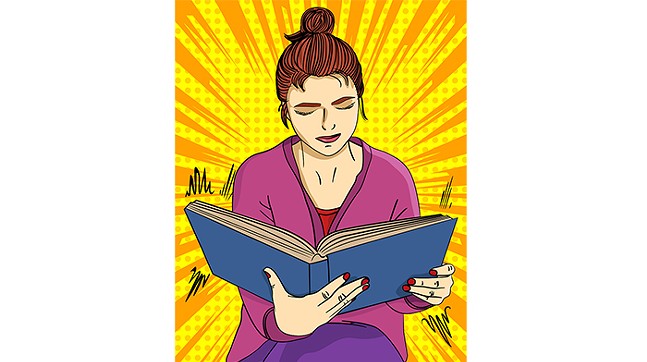 City Books owner Arlan Hess received a very special birthday gift this year. With the help of total strangers and a single tweet, Hess is hoping to better the lives of children at Shuman Juvenile Detention Center in Pittsburgh’s Lincoln-Lemington neighborhood.

Hess, who runs the popular North Side book store, started a fund in February to provide new and gently-used books to adolescents at the detention center, and has already raised hundreds of dollars.

Hess has experienced the power of books for decades, noting her self-described “cliché” mantra, “Books save lives.” The sentiment, although widely held in the literary community, took on special meaning for Hess this year. While in-person business has greatly diminished during the pandemic, Hess sought to increase her online presence to ensure the members of her community have access to a “great escape.”

“My mission is to get books in the hands of people,” says Hess.

Her mission expanded this year to include some of the most isolated members of society: the incarcerated.

“I like to keep an eye on what’s going on in Allegheny County Jail,” says Hess.

While preparing for a book drive for inmates of the jail, Hess learned about an initiative to contribute to a library at Shuman Juvenile Detention Center through JailBreak, a prison abolitionist organization based in Pittsburgh. While Hess’ store remained closed to in-person shopping, she recognized that she had plenty of room to store books for donation.

Hess then began to actively fundraise for the Shuman Library Fund, guided by the goal to connect books and readers. “Books are really the only way we can be in someone else’s shoes,” says Hess. “They’re a way to escape.”

Then, on Feb. 21, Hess celebrated her birthday by sending out a tweet encouraging people to donate to the Shuman Library Fund.

To her shock and delight, the tweet went viral and Hess received over $1,400 — the majority of which came from complete strangers. And donations are still pouring in. “I nearly passed out,” says Hess. “I didn’t think it was real.”

Because of the generosity of donors, Hess says she has been able to purchase nearly all the books on the “most requested” list she received from officials at Shuman.

Hess says that connecting with the community, especially through outreach, is at the heart of her work. “I like to keep the ‘city’ in City Books,” says Hess.

Still the need for age-appropriate books continues. Hess emphasizes that additional donations to the Shuman Library Fund cannot just be left outside the bookstore. While she is grateful for all donations and attempted donations, she is currently only accepting paperback books in good condition, geared for ages 13-18.

As her store continues to fill up with donations, Hess encourages those who wish to contribute to this project to give monetary donations via City Books’ website, so that books can be purchased by Hess at wholesale price. Those who would like to donate appropriate books can call City Books and schedule a time for Hess to overlook the books and accept the donation in-person.

Despite the restrictions, Hess is confident that City Books’ mission and stance as a positive, connective force in the community is here to stay.