"I've always been a sucker for rough ideas."

As founder of the magazine Chunklet and author of The Indie Cred Test, Henry H. Owings gets excited about obscure rock music. So when he came across an unreleased Speaking Canaries cassette, he could hardly believe his luck.

About five years ago, Owings had the chance to go through the vast cassette collection of former Don Caballero bassist Pat Morris. One treasure was an unreleased Don Cab recording, Five Pairs of Crazy Pants, Wear 'Em, which Owings put out earlier this year. But the two-decade-old Canaries tape — Platter Base Must Be Constructed of Moon Rock — was a stranger find. "I approached Damon and said, ‘Fill me in: What was this?' And he said, ‘It was just me. I couldn't find anyone else to play with so I just played by myself,'" Owings recalls. "I said, ‘Dude, I am an enormous Canaries fan; can I please put this out?'" 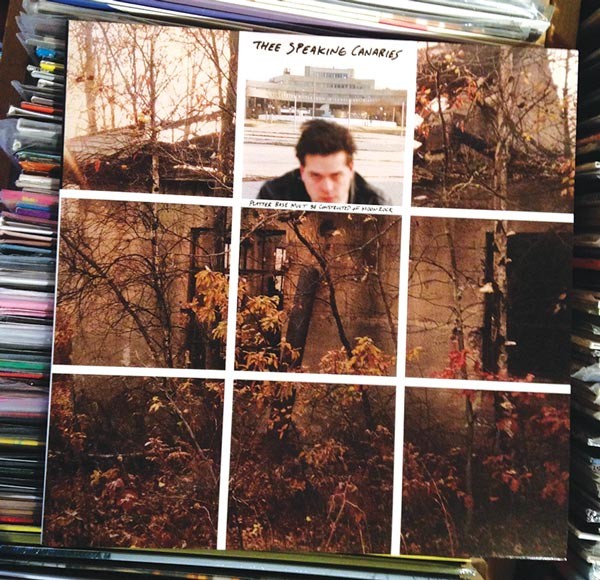 Unsurprisingly, Platter Base isn't as polished as later records (to the degree that "polished" could be used to describe the Canaries' fuzzy, noisy Van Halen worship), but the seeds of the future band are there. "I think it's more of a sketch than a full painting, but I've always been a sucker for rough ideas," Owings says. "It's another glimpse of the beautiful music Damon has going on in this head."

Owings lives in Atlanta, but has always carried a torch for this particular era of Pittsburgh music, after spending time at Pitt in 1990 and 1991. "I was in school for 11 months, but those 11 months had an extraordinarily profound influence on me," he says.

With only 350 copies in print — and a promise that the record will never see a re-release —Platter Base is true collector-bait, and Owings has been pleased with the response so far. "I think [the band] gained a cult status, but it's always bummed me out that it never really went beyond that. If it's my way of trumpeting his talent, so be it."