Chrome Cable releases new “out of this world” album, Utopia 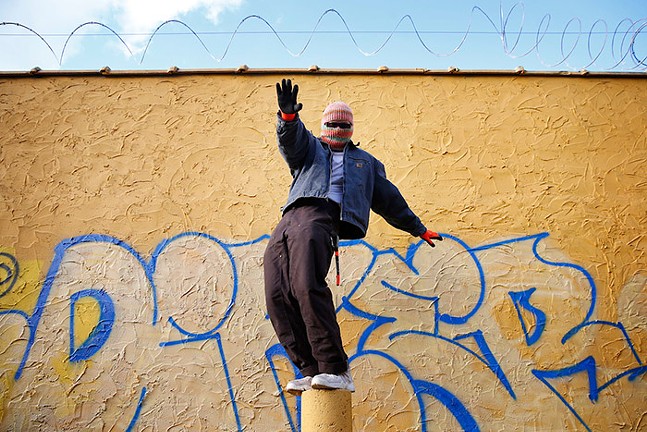 CP Photo: Jared Wickerham
Chrome Cable poses for a portrait in the Strip District on Fri., Nov. 12, 2021.
For Cole McCloskey, who performs under the name Chrome Cable, music has always been a huge part of his life. Learning to play guitar from his father at a young age set him on a path toward where he is today, having just released his debut album UTOPIA.

And it’s truly been a family affair.

UTOPIA as a project is also an endeavor of McCloskey’s production team and creative agency, Hounds, that he started with his brother, Clay, in 2018. Hounds does everything from design and branding to consultations and photo and video work. McCloskey says that he wanted his debut album to be, in part, a showcase of what Hounds can do.

UTOPIA is a 14-track album that comes in at under 40 minutes, and it definitely succeeds in achieving that “out of this world” feeling. The tracks blend seamlessly together and whether McCloskey is rapping or singing, his vocals are smooth and balanced.

McCloskey produced, engineered, and wrote all the songs on the album. He was essentially a one-man production team, with the exception of one collaborator: popular local hip-hop artist Mars Jackson, who is featured on the song “Energy.” The track is definitely a stand-out, with an old school hip-hop and R&B feel.

“It's stressful, very stressful, but it’s fun though because you get to choose, you get to do everything the way that you want to at your own time,” says McCloskey. “You don't have to worry about, let's say, bothering someone or having to pay someone for something you know? I love collaboration, but I wanted to see if I could do this myself.”

McCloskey says he has been making music seriously for the past four or five years, but got his true start in the industry about seven years ago. Chrome Cable has steadily released singles since 2019, including his 2020 single “Mother Earth” which a Pittsburgh City Paper article described as “singing sweet nothings to the planet like one would to a loved one.”

Taking four years to put out his first full-length album might seem like a long time for some, but McCloskey says he wanted this project to be something he was fully proud of.

“It was something I've been wanting to do for a long time. I've been kind of low key about making music and just getting out there because I wanted to get to the point where I was comfortable with everything I was doing. I wanted to make sure that I found my sound and I didn't want to, for lack of better words, half-ass anything,” he says. “I wanted to be sure when I put something out there, especially as a full album, I knew I wanted to impress people. Especially since I do all my production to engineering and then obviously all the writing and recording as well. I wanted to make sure that it was good enough.” 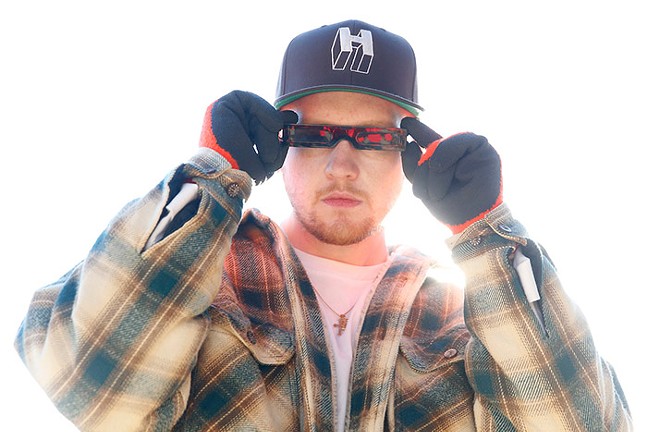 CP Photo: Jared Wickerham
Cole McCloskey aka Chrome Cable
Many of the songs on the album can be described as love songs, and the overall album, as a multigenre project, is definitely a love note to those specific genres. Using sampling and editing that speaks to the influence of music greats like J Dilla, Kanye, and Prince, McCloskey creates an album that feels good to listen to, and is easy to get lost in.

UTOPIA isn’t an album that you’ll hear played at one of the many dance nights in Pittsburgh. It's not necessarily a club listen, it’s more of a project that you’ll put on when hanging out with friends, going for a drive, or chilling by yourself when you want to listen to something with some balance.

The album has already seen a lot of support from fans, but whether he’s getting praise or criticism, McCloskey says he is grateful that he isn’t surrounded by “yes men” who tell him everything is perfect and great.

“Utopia is this place where it's your highest high, but you don't want to get lost in that utopia. You want to have that balance of reality and that utopia. So you want to be able to balance it out, so you're not doing the wrong things, making the wrong moves,” he says. “You may not be paying attention to what's really going on in real life, but it's not all bad things, too, you know. There's a lot of good things when it comes to your utopia. When you have that balance, that's when you can find the truth.”Chrome Cable. linktr.ee/ChromeCable

Who's playing at Picklesburgh 2019