Chet Vincent
The Wakes
My Idea of Fun

Two items connect Pittsburgh roots-rocker Chet Vincent to Johnstown band Endless Mike & Beagle Club. Firstly, Beagle Club drummer Matt Davis produced this CD, called The Wakes after the original name of Vincent's backing band, now a quintet renamed The Big Bend. Also, the album came out on My Idea of Fun, a collective encompassing all the efforts of the Beagle Club, its side projects and various other Johnstown indie/folk bands.

But instead of catchy folk-punk, think country-and-western garb.

The literate Vincent (one part William Faulkner, one part Louis L'Amour) explores the flipside of Americana, vacillating between folk-rock (the solo ditty "Right Now") and dark-tinged alt-country (the strong, radio-ready "The Sun and the Gunsmoke"). Vincent has a somewhat limited vocal range, so he experiments with a deep, throaty voice on some tracks, a soaring, Morrissey-like wail on others (like the emotive "Just Sleep, Catalina") and sometimes a spoken singsong reminiscent of Mark Knopfler or John Doe.

Davis does an excellent job extracting a lush, full sound from Vincent's six-piece studio outfit, which includes some slide guitar, piano and accordion. Occasionally, Vincent's lyrics are fairly evocative, especially on the swaying, spaghetti-western "Talisman." There, the lyrics, "you'll find it in his home / Where rusted angels roam ... Wrapped up in a closet / a talisman of his fears" slouch toward Nick Cave territory.

Overall, between "Gunsmoke" and other solid, jangly alt-country tunes, such as "Coffee and Champagne" and "Silk Rails, Steel Tracks," this is an album that any Americana fan could at least sink some teeth into. Locally, fans of Lohio, Boca Chica and even Bill Deasy might want to check out Vincent. And as this band develops, The Big Bend should look forward to some nice opening slots for national artists at Club Café, should the programming gods in Triple-A Land so decree. 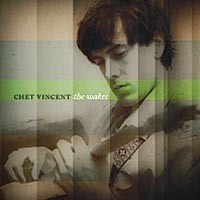