Check out these movie events in Pittsburgh leading up to Halloween

Neon
Possessor
While the COVID-19 pandemic has moved film screenings online or canceled them altogether, some Pittsburgh theaters are still trying to celebrate the Halloween season. Pittsburgh City Paper has compiled a range of movie events, from mildly spooky family favorites to more terrifying selections, so horror fans can enjoy the season.

The Atlantic magazine called it the “gnarliest film you'll see this year,” and now it's coming to Pittsburgh. Directed and written by Brandon Cronenberg (son of David), Possessor is an “arresting sci-fi thriller” about an assassin able to take over other people's bodies, according to a synopsis by Neon. Reviews have called it a “stomach-churning” work that “depicts horrific murders in appalling detail,” making it the perfect selection for gorehounds.
Possessor is now playing at the Waterworks Cinemas and the Manor Theatre. See each theater's website for details on tickets and COVID-19 policies. 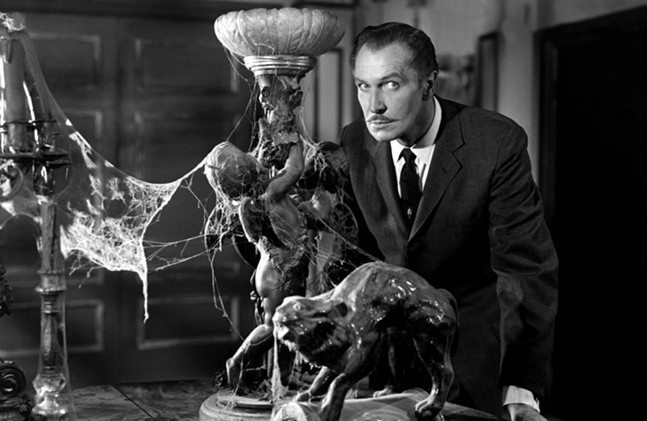 House on Haunted Hill
The Oaks Theater opted for in-person screenings for its Classic Horror Film Festival. For those still hesitant to venture out, Alicia DiGiorgi, general manager for the Oaks, assures that the theater is “still functioning under the [state] indoor gathering limit of 25.”

“Our classic movie screenings have limited seating and groups must socially distance, which is not hard with our spacious 275 seat house,” says DiGiorgi. “Our guests are also required to wear face coverings when not eating or drinking and encouraged to utilize hand sanitizer stations.”

The festival, which kicks off on Tue., Oct. 6, offers a fun lineup of films spanning from the silent era up through the 1960s. These include the 1920 German Expressionist film The Cabinet of Dr. Caligari; sci-fi-B-movies Plan 9 From Outer Space, Robot Monster, and Monstrosity; and cult horror gems Carnival of Souls and House on Haunted Hill. On Oct. 27, there will also be a screening of local favorite Night of the Living Dead.

Oaks Theater technical director J.R. Shaw says they went with the classic theme because the historic space “is a perfect venue for it.”

“We’ve been around since 1938 and still have much of the original feel,” says Shaw. “It creates an authentic experience for watching the movies.”

He adds that they curated a list that “gives a great sampling of different eras, styles and experiences,” which ended up being so long that they decided to do two showings every Tuesday.

"We can’t let Halloween go by without celebrating at The Oaks,” says Shaw. “Not only is one of our favorite holidays, it’s especially important this year to confront our fears.”

After months of hosting screenings on its online platform, Row House Theater is moving outside for a month-long, pop-up drive-in event at The Terminal in the Strip District. The event kicks off with a few all-ages fantasy films, but beginning Sat., Oct. 10, it shifts gears into more horror-friendly fare, beginning with Edward Scissorhands. Also being shown is The Nightmare Before Christmas, Young Frankenstein, Hocus Pocus, and Beetlejuice, concluding on Halloween with Night of the Living Dead. 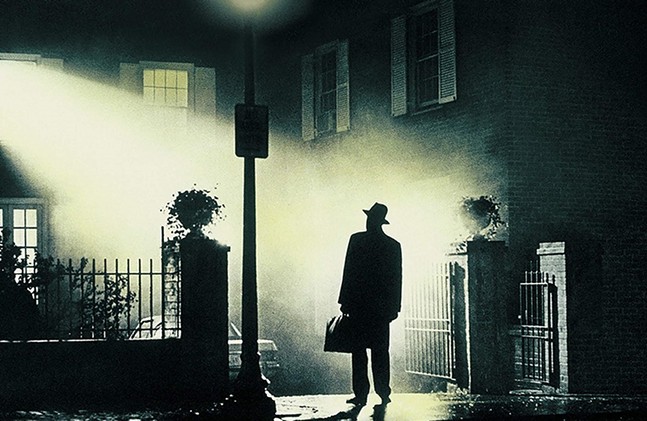 Warner Bros. Home Entertainment
The Exorcist
Rivers of Steel will present four classic horror movies as part of its outdoor drive-in Carrie Carpool Cinema series. Taking place at the Carrie Furnaces, the lineup includes a double-feature of Frankenstein and Night of the Living Dead on Fri., Oct. 16, followed by Carrie and The Exorcist on Sat., Oct. 17. A portion of ticket sales will support conservation efforts for the Carries Furnaces.

Are you hosting a horror movie event – either virtual or in-person – this October? Feel free to reach out at awaltz@pghcitypaper.com.