Cheap Seats: The Pittsburgh Penguins will crush the horribly named Predators for the Stanley Cup

Just Google the word “predator” and after a few pics of the Arnold Schwarzenegger movie, it starts getting weird. 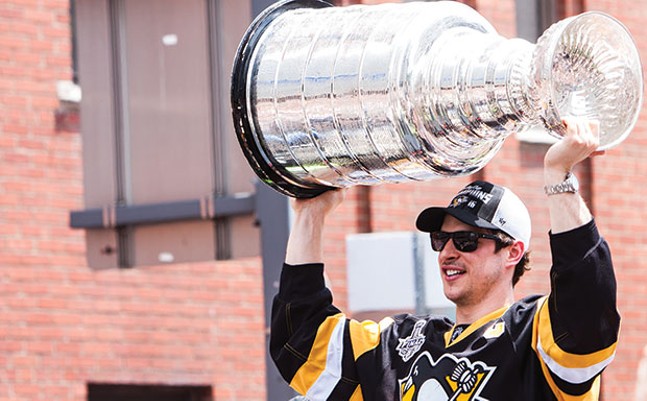 Get ready to be tired of winning.

Game 1 of the NHL Stanley Cup Finals is in the books, but it doesn’t matter. The Penguins will repeat this year because it’s a battle of a solid, proven winning organization against a team that is “just glad to be here.” JGTBH teams rarely win against proven champions. The Atlanta Falcons and Carolina Panthers were glad to be in the past two Super Bowls, but the Broncos and Patriots had been there before. Last year, the San Jose Sharks were happy to make the NHL finals. The Steelers’ most recent two Super Bowl wins came against the Seahawks and the Cardinals, who were glad to be in their first championship game. The Penguins’ top four all-time scorers are Mario Lemieux, Jaromir Jagr, Sidney Crosby and Evgeni Malkin, and the Pens have won four Cups. Nashville’s top four all-time scorers are David Legwand, Martin Erat, Shea Weber and Kimmo Timonen, and this is their first final.

Finding a reason to hate Nashville is tough. Sure, it’s the town where Bill Belichick was born and the home of Hee Haw. But it’s an incredibly vibrant town with an unmatched music scene, and it has a Johnny Cash museum. In this final it will be “the Athens of the South” versus “the Paris of Appalachia” in the finals of Canada’s national game.

Of course, the football team in Washington and the baseball team in Cleveland should change their names. But so should the Predators. The negative connotation is too strong. Just Google the word “predator” and after a few pics of the Arnold Schwarzenegger movie, it starts getting weird. The city had three finalists for the new team’s moniker: “Ice Tigers,” “Attack” and “Fury.” But the owner went with the Predators. Kids want to grow up to be a Yankee, or a Steeler or a Celtic; nobody wants to be a Predator. Even saying “I’m going to catch a Predator … game,” is awkward, thanks to Chris Hansen.

Former Pens favorite “Rill Dill James Nill” comes back to town to play against the team that traded him for Patric Hornqvist. Hornqvist, who has the unfortunate nickname of “Horny,” has a ring from last year, and going into the finals has seven playoff points this year. Peter Laviolette, the former coach of the Wheeling Nailers (a Pens farm team), is taking his third team to the NHL finals, having won it all with Carolina over a decade ago. But it’s an inexperienced Nashville team that will be overwhelmed by the pressure. The city of Pittsburgh awaits its sweet 16th world championship, while Nashville has an empty trophy case. The Titans came closest to a Nashville sports parade in 1999, losing a Super Bowl by one yard.

The Penguins are celebrating their 50th year in hockey. Another Stanley Cup would bring the Pens’ total to five and put them in some elite company as an organization. In the past 50 years, only the Montreal Canadiens and Edmonton Oilers have won more than four Stanley Cups. And if our president has taught us anything, it’s that those teams don’t really count because they’re not American. Out of 122 franchises in major sports, only 11 teams have won five or more championships in the past 50 years. The Penguins are poised to be the 12th. That’s 12 ultra-elite franchises in two countries, and the city of Pittsburgh will have two of them. Take that, everybody else on earth! (Except Boston.) That’s the company the Pittsburgh Penguins keep. The Predators, on the other hand, have never won anything; the company Nashville keeps is the Washington Nationals, the Cincinnati Bengals and the Sacramento Kings.

In January, I predicted that the Penguins would win a second consecutive Cup and beat the Capitals, Blue Jackets and Bruins along the way. The Senators messed up a perfect prediction. When this win happens, the Pens will become the first team in hockey to win back-to-back since the Detroit Red Wings did it in 1997 and 1998. And, much to the delight of Penguins fans, that Detroit team kept both the Philadelphia Flyers and the Washington Capitals from winning a Stanley Cup. Keeping those two teams solidly in the “just glad to be there” contingent.