Cheap Seats: Taking a look at the best MLB managers to hail from Pittsburgh 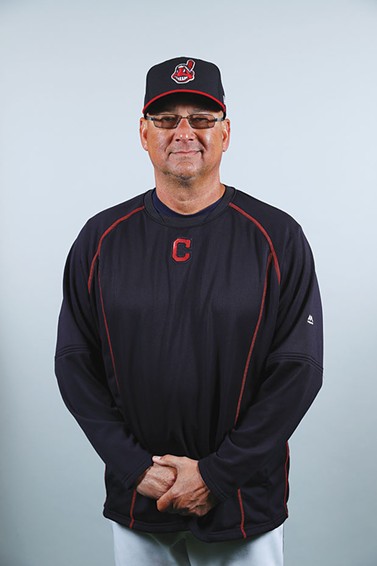 As a big-league manager, Wilkinsburg’s Bill McKechnie won 1,896 games and led three different teams to a pennant. Only one other manager in history (Dick Williams) has managed that feat. McKechnie also won two World Series titles. One with the Pirates in 1925, the other with Cincinnati in 1940. We all know that Western Pennsylvania is a football, ketchup and zombie factory, but the region has also produced some decent baseball skippers.

“The Deacon,” as McKechnie was known, was the antithesis of loud-mouth, hard-drinking, degenerate managers like his contemporary John McGraw. He never drank or smoked, and it is rumored that nobody ever heard him swear. Bill McKechnie is the gold standard of baseball managers from the Pittsburgh region, but there have been some pretty good ones since.

Buddy Bell (519-724). On the bright side, he did win 519 games. To Bell’s credit, he’s the best player on this list, as Buddy had more than 2,500 hits in a 17-year career. Timing is everything, and Bell arrived at three destinations with teams in shambles. He couldn’t resurrect the Tigers, Rockies or Royals, and those three strikes put him out of the old ball game. The Bell family has produced three generations of major-league players; Buddy was born here while his dad, Gus, played for the Bucs, and his son, David, played for the Phillies.

Ken Macha (524-447). That’s a pretty good record for somebody without a job. Macha took over the Oakland A’s in 2003 and promptly won 96 games and a division title. His team won 91 the next year and 88 the following season. In 2006, Oakland swept the division series against the Minnesota Twins after winning 93 regular-season games. For some reason, that wasn’t good enough, because the A’s fired the Monroeville native; the team won just 78 games the following year. Milwaukee noticed Macha was a good manager, though, and hired him for two seasons which turned out to be two normal Milwaukee seasons (normal being code for not very good).

Art Howe (1,129-1,137). Macha replaced Howe in Oakland and took over the experiment known as “Moneyball.” Howe is the only guy on this list to be portrayed on film by Philip Seymour Hoffman, which is a pretty cool honor. Howe started his managerial career with an office in Houston’s Astrodome. In Oakland, he won more than 600 regular-season games and six postseason games. Again, that wasn’t good enough for the A’s, who at least replaced Howe with a fellow Pittsburgher. Howe ingloriously finished his managerial career with the Mets and couldn’t clean up the mess the Mets front office found itself in. He stayed around for a few years as a coach and had an all-around respectable career.

Chuck Tanner (1,352-1,381). The head of the “Family,” Tanner is the last Pirates manager to hold up a World Series trophy, and that was 39 years ago. New Castle’s favorite son followed the McKechnie rule of being a decent guy. Tanner is routinely credited with being one of the nicest men to ever be a big-league manager. After working for some crazy baseball owners, including the Chicago White Sox’s Bill Veeck (who made his players wear shorts) and the Oakland A’s Charlie Finley (who wanted yellow baseballs), Tanner came back home to juggle a stacked Pirates roster. The partying Pirates of the 1970s needed a calm, steady hand, and Tanner was the perfect match.

Terry Francona (1,432-1,254). The best a manager can do is to get his team in a position to win a championship. Just last year, Francona had his team in Game 7 of the World Series. In fact, he had his team tied after nine innings and playing at home. But not even a proven miracle-worker like Francona could overcome the bad luck of the Cleveland Indians. Francona has already been beatified by Red Sox fans after they witnessed him perform two miracles. The Red Sox won their first World Series title in 86 years and ended the legendary “Curse of the Bambino.” Three years later, they did it again. Four years after that, Boston had a bad September and they fired him. Wham, bam, thank you, Fran. The long-suffering and obnoxious Boston fan base finally could stop bringing up the topic of heartbreak because Terry Francona did what no other Red Sox manager could do. If he can win a World Series with the Indians, I wouldn’t be surprised to one day seeing him walk on Lake Erie.