Buoyed by the success of a program it presented several years ago as part of the Pittsburgh Jewish Music Festival, this weekend Chatham Baroque revisits the theme of Jewish music culture for a concert called "Journeys: Sounds of the Jewish Diaspora."

The program explores both traditions of European Jewish culture: Ashkenazic and Sephardic. The Eastern European strains, according to Pauley, are drawn mostly from melodies they collected from a newly published anthology called The Folk Songs of Ashkenaz. "Many were around in more schmaltzy editions, but these go back to the real tunes. Some might have a bit of a rhythmic klezmer feel, though we won't be using the instruments of a modern klezmer band."

The Sephardic repertoire, meanwhile, is written in the Judeo-Spanish Ladino language. It "has that plaintive, almost gypsy-like sound," Pauley explains. "Most are tunes that have been passed down that we don't have any written records of until the 19th century -- there's quite a lot of debate about when they arose."

Yet some are directly attributable to composers. "We're doing Venetian carnival pieces from the 17th century -- a composer named Salomone Rossi, whose music is in Hebrew but sometimes appeared in a dual edition of Italian. There are a couple of non-Jewish composers who wrote Hebrew psalms intended for Jewish worship. And we're doing an instrumental by the Italian Marco Uccellini called 'La Ebrea Marinata' -- 'The Seafaring Jew.'" 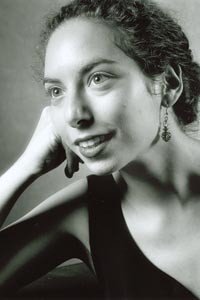