These people were wrong and their ideology is evil. Heather Heyer intended to be there to tell them that. 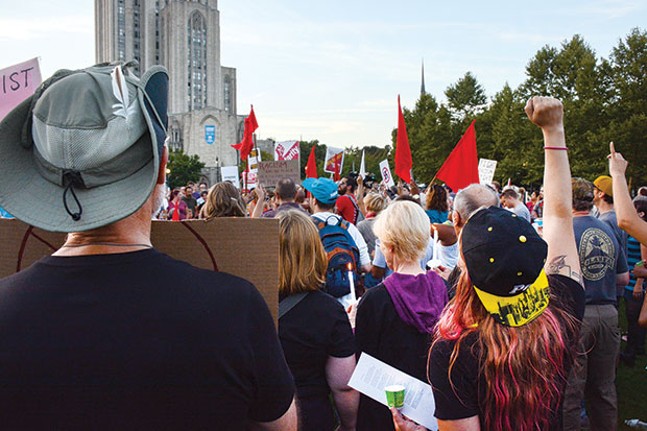 I’d never met Heather Heyer, but in some ways, it still feels like I knew her. A lot of Americans probably feel the same way.

Heyer was killed when a vehicle driven by an Ohio man with a fondness for Hitler plowed into a group of counter-protesters who were standing up to the putrid, hate-filled bile spewing from white-supremacy groups during a “Unite the Right” rally in Charlottesville, Va. Why Charlottesville? Because that town had realized that it wasn’t sending the right message to its citizens by prominently displaying a statue of Confederate Gen. Robert E. Lee.

Charlottesville decided to take the statue down, and that angered alt-right hate groups ranging from the KKK and white nationalists/supremacists to Neo-Nazis and other assorted Hitlerphiles. The groups descended on the progressive college town on Fri., Aug. 11, and immediately got into violent altercations with counter-protesters. Violence continued the next day, culminating in Heyer’s death and the arrest of suspect James Alex Fields.

Heyer, a 32-year-old paralegal from Charlottesville, has been described as a passionate and compassionate fighter against discrimination. She was there that day to stand against the hatred brought by packs of bullies into her hometown. Heyer didn’t have to be there. She could have sat this one out. But these people are wrong and their ideology is evil; she intended to be there to tell them that.

That’s probably why a lot of people are feeling today like they knew her. She was the type of person who had to do the right thing, and she did. Doing the right thing shouldn’t cost you your life; sometimes it does. This time it did and, let’s be honest, it will happen again in the future.

But that doesn’t mean we stop fighting. We can’t stop fighting. If a heinous, unnecessary act of violence like this keeps people from taking to the streets to beat back hate, things like this will continue to happen. The only choice we have is to stand up and fight for each other like Heyer did.

The last thing Heyer posted to her Facebook page was the quote featured on the cover of this very issue: “If you’re not outraged, you’re not paying attention.” Heather Heyer didn’t want to die that day; I’m sure of that. But that quote tells me that she also knew she couldn’t live in a world that allowed this kind of malevolent behavior to go unchallenged. That’s why she was out there that day, and why we have to be out there tomorrow.

The outcry over the rallies and the violence has been immediate. There were vigils held in dozens of cities on Sun., Aug. 13, including one here in Oakland’s Schenley Plaza. More are being scheduled, and that’s a good thing.