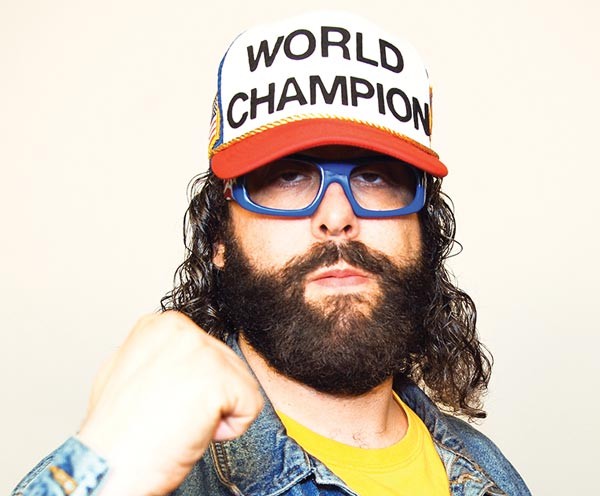 The trucker-hat-donning Maryland native dabbled in filmmaking before settling on a career as a comedian. In addition to his standup, he's appeared in dozens of films, including Zoolander, The Wrestler and one of his personal favorites, American Splendor. Most famously, he played Frank Rossitano for seven seasons on the NBC comedy about behind-the-scenes hijinks at 30 Rockefeller Plaza.

Friedlander jokes that he canceled all appearances for the next six months to focus on his upcoming Pittsburgh shows. In reality, he's awash in projects.

"I am trying hard to get my next comedy album and comedy concert film done and out this year," he says. And in January, he will lend his voice to the Seth MacFarlane animated series Bordertown, on Fox.

Friedlander first learned of the Pittsburgh Comedy Festival through Twitter, and his love of the Steel City — in particular the breakfasts at Pamela's Diner — cemented his decision to appear. After all, his Western Pennsylvania roots run deep: His mother is originally from Pittsburgh, and he visits about once a year to see family. Plus, the collaboration just makes sense.