CP Photo: Lisa Cunningham
Editor's note: This story contains references to suicide.
What drives someone to tattoo on their body the name of a boy they barely knew? For author Candace Jane Opper, it could be boiled down to unresolved grief, and the trauma left from the death of a classmate in her adolescence, one that would stick with her well into her adulthood.

Certain and Impossible Events (2021, Kore Press), a memoir by Opper, and the March Pittsburgh City Paper Book Club selection, examines the complex, unanswered questions surrounding death by suicide. Set in 1994, the 166-page book “orbits” the death of a 14-year-old boy who killed himself a week after Nirvana frontman Kurt Cobain's own death by suicide shook the world and became a defining moment of the angst-ridden, youth-obsessed 1990s.

In a previous interview with City Paper, Opper says she spent over two decades obsessing over the late boy, whom she calls “Brett” out of respect to his family. The memoir’s matter-of-fact prose reflects the cold, objective nature with which the incident was handled (the book’s opening line simply reads “You killed yourself on a wraparound deck I’d only seen from the street”), as Opper and her fellow classmates were left to figure the loss out on their own.

Throughout, Opper examines why the event stuck with her. She admits to having a massive crush on Brett, a fellow member of her school band, but the book goes far deeper, with Opper looking at the implications of death by suicide, especially for someone so very young, and how discussions around the issue have changed since the 1990s. As Opper points out, Cobain’s death contributed to a larger acknowledgement of the issue, and she recalls how MTV News closed out a report about Cobain with the suicide prevention hotline, possibly exposing many young viewers to the resource for the first time.

While Opper immerses the reader in her suburban Connecticut youth, the work reads as more than a nostalgia trip. Even the focus on Cobain, whose death has inspired more than its fair share of tabloid speculation, artsy dramatizations, and intimate documentaries, pulls its weight as being inextricably linked to the circumstances surrounding Brett’s own demise, and indicative of the culture at the time.

Most impressive is the author’s ability to interweave studies, readings, and other texts on the subject of suicide without coming off as pedantic. The book retains its humanity through Opper’s own honest view of herself as a teen, warts and all, a process she says was helped through diaries and notes she saved from those confusing days.

As expected, Certain and Impossible Events never comes to an easy conclusion, but confronts a collective fascination with and fear of suicide that persists even as the discourse around mental health treatment has become less stigmatized. The author’s willingness to bare her soul at the risk of seeming overly consumed also calls into question the depth of parasocial relationships and how they shape us. How is getting a tattoo of Cobain’s visage or song lyrics, something surely many people have done, any different from Opper’s own memorial tattoo for Brett? As far as the book is concerned, not much.
click to enlarge

April #CPBookClub selection
Another Appalachia by Neema Avashia
Neema Avashia is many things — a teacher, a writer, a queer person, a child of Indian immigrants. Her latest book looks at another facet of her identity, that of an Appalachian. Released in March by West Virginia University Press, Another Appalachia sets out to paint a less white, more representative portrait of the region through Avashia and her family, providing “lyric and narrative explorations of foodways, religion, sports, standards of beauty, social media, gun culture, and more.”

Grab a copy of Another Appalachia at #CPBookClub's sponsor, Riverstone Books, at shop.riverstonebookstore.com or in person at 5825 Forbes Ave., Squirrel Hill and 8850 Covenant Ave., McCandless, and join the conversation during the April Pittsburgh City Paper Book Club. 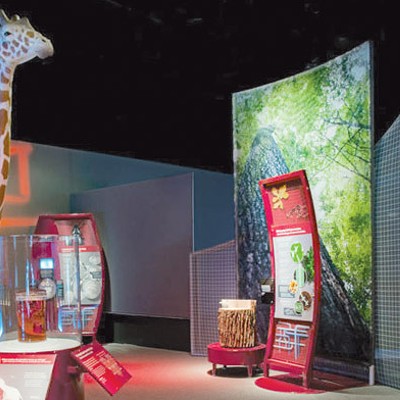