New local releases from The Borough Fields, Wires and Cables, and Casino Bulldogs

New solo material from Meeting of Important People frontman Josh Verbanets. Here, he explores the more nuanced side of his character-driven songwriting. An eclectic release that ranges from sunny ditties to hard rockers and Bay City Rollers-style nouveau sock-hop pop tunes. Oddball additions like the short, quick-to-decay "Save Me From the World" suggest concept-album aspirations. Good new stuff from one of the city's most gifted songwriters.

Five-song EP from the solo project of Triggers' Joe Kasler. Rides the line between electronic soundscape work and pop songwriting; the dancey centerpiece, "Day Off in May," is reminiscent of Cut Copy or Q and not U. The synth sounds and guitars play nicely with one another; when these tunes hit their groove, it's repetitive in a good, zoning-out way. A nice complement of guitar riffs, dance beats, and bleeps and bloops. 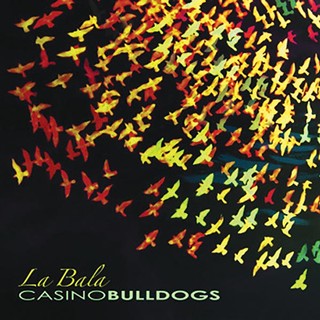 Six tunes from a local three-piece that's been around a few years. Fuzzy, reverby guitars dominate over often-ethereal vocals. The riffs are the best part of the release; the recording quality rests somewhere between lo-fi and professional, and at times the vocals are distorted to a distracting degree. Ultimately, good songs that could benefit from a little more love in the production department.