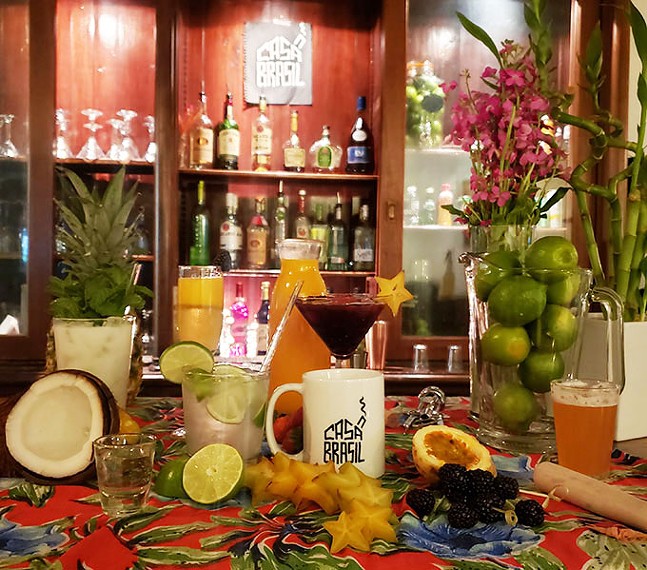 When Keyla Nogueira Cook and Tim Guthrie opened Casa Brasil in 2018, they brought with them “the best flavors of Brazilian home cooking.”

Now, they're looking to expand these traditional flavors to the bar. And to get there, they’re asking for Pittsburgh’s help.

Cook and Guthrie have launched a Honeycomb Credit campaign — a crowdfunding platform that uses an investment model rather than donations — to fund the purchase of a liquor license for their new permanent spot in Highland Park.

The duo is asking for investment between $75,000 and $90,600, to cover the license and other costs associated with operating a full-service bar. If their campaign is successful, Pittsburghers can expect a bill of Brazilian cocktails such as the caipirinha (lime, rum, and sugar) and batida (alcoholic smoothies), wines, spirits, local beers, and classic drinks. The duo hopes to carry as many Brazilian-made products as they can.

Cook and Guthrie predict that the transition from BYOB to a full-service bar will catalyze other changes at Casa Brasil. At present, the duo is only able to stay open 23 hours a week. With a financial boost from alcohol sales, Cook and Guthrie hope to add hours and invest more of their own time into the restaurant.

“That [investment is] something that will show up on the menu too,” says Guthrie, referring to the possibilities that come with building a bar. “[Cook] can get creative and do specials and dinners. It will have a benefit to our already existing food fans, even ones that don't drink at all.”

Right now, the Casa Brasil campaign is about 66% funded; they have raised $49,6000 of their $75,000 minimum. If the minimum isn't met by the time the campaign ends on March 3, the owners will receive no funds.

To contribute and invest in Casa Brasil’s future, visit their campaign page at honeycombcredit.com.

On the Tahn: Dance parties and live music at Casa Brasil, Spirit, and more (April 28-30)