The cast commits to a show that is ill-conceived and, on a fundamental level, unplayable 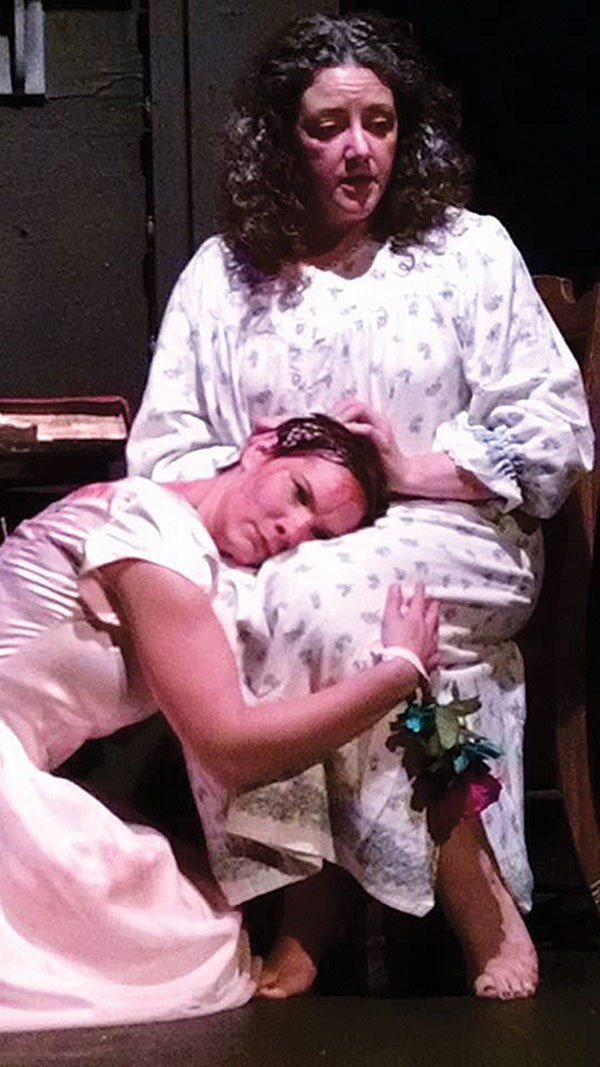 continues through Sat., Oct. 29. Split Stage at Apple Hill Playhouse, 275 Manor Road, Delmont. $15-19.99. splitstage.com
Split Stage Productions is a newish Greensburg-based theater group, and while that’s geographically outside of my usual beat, I wasn’t going to miss its production of Carrie: The Musical. Based on Stephen King’s novel, this show is a musical-theater legend I knew wouldn’t ever be performed in town again.

How could a show be both legendary and mothballed? Because Carrie: The Musical is the most famous flop in musical-theater history. The original 1988 production closed after five performances, with reviews so awful that the creators — book-writer Lawrence D. Cohen, composer Michel Gore and lyricist Dean Pitchford — forbid the show’s being performed anywhere thereafter.

Split Stage is to be commended for bringing nontraditional theater to a very traditional area — shows like Rent, The Full Monty, Assassins, Hair … not your usual Rogers & Hammerstein stuff. So the troupe gets a big hand for what it’s attempting in Westmoreland County.

Carrie is, of course, about a teenage girl ridiculed by her classmates and tortured by her religious nutjob of a mother. When confronted with unspeakable humiliation she snaps … and her latent telekinetic powers come into full, horrible bloom. (Referring to an incident in the show, the Village Voice’s Michael Feingold called it “the ultimate period musical.”)

The Split Stage production, directed by Laura Wurzell, features a large cast of performers, most of whom have lovely, angelic voices — which is a problem in a show that screams for growling belters. Lindsay Pignor Fitzpatrick and Meighan Lloyd, playing Carrie and her mother, bring huge drama, continually undercut by unfocused staging. Jim Scriven and Josh Reardon give strong performances, but the whole cast commits to a show that is ill-conceived and, on a fundamental level, unplayable.

Ultimately, the events of the novel can never be recreated on stage, even with a huge budget (which Split Stage certainly doesn’t have). And the generic score doesn’t come close to vocalizing the story’s manic passion.

Hoping to rescue the work, in 2012 Cohen, Gore and Pitchford presented a retooled Off-Broadway revival (the version Split Stage is producing) — which closed after 46 performances proving, to borrow a line from another Stephen King work, “sometimes dead is better.”