Paul Greengrass delivers a gripping docu-drama, a high-seas thriller that draws some of its thoughtfulness from the story's economic and globalization context 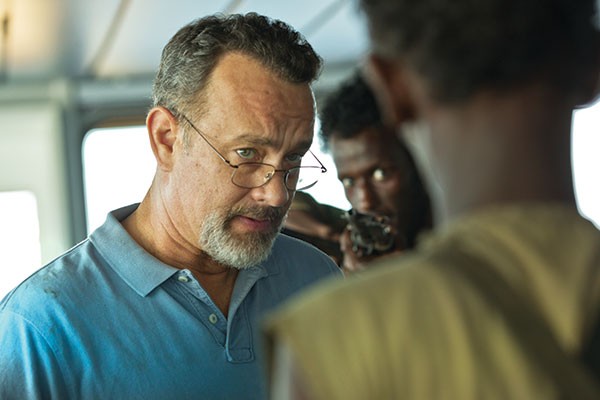 Captain Phillips recounts the real-life events of 2009, when the American cargo ship Maersk Alabama was hijacked by Somali pirates off the coast of Africa. On board are the titular captain (played by Tom Hanks), two dozen sailors and no defenses: The crew is largely helpless when only four armed Somali pirates seize control. "No Al Qaeda — just business ... we want money," explains the pirate leader, Muse (Barkhad Abdi)

Director Paul Greengrass (The Bourne Ultimatum) delivers a gripping docu-drama, a high-seas thriller that draws some of its thoughtfulness from the story's economic and globalization context. (Jobs and the lack of economic opportunity matter for all parties.)

We also watch events unfold from both sides, and spend enough time with the pirates to understand their actions. (Phillips: "There's got to be something besides fishing and kidnapping people." Muse: "Maybe in America.") The film depicts how the deteriorating situation forces both leaders out their depths, and it's fascinating to watch Phillips and Muse react to changes, and to see the shifting power balances.

I recalled everything about how this event played out, and yet never once during the film was I not riveted. This is on Greengrass and his cast and crew, who put us right in the unfolding events, in that life-or-death struggle on a claustrophobic lifeboat and in the film's emotionally wrenching denouement.