“If people look into their family trees, they might realize they have been a socialist all along.” 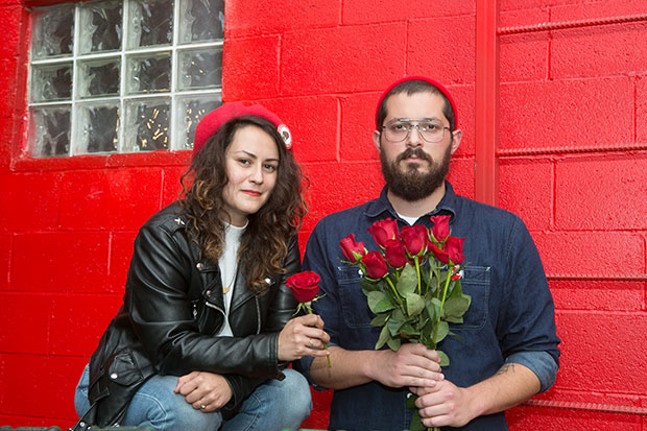 On a recent September evening, 76 comrades of the Pittsburgh chapter of the Democratic Socialists of America joined together to discuss society’s travails, like the disproportionate harm natural disasters cause poor communities, public-education funding shortages, and access to health care. One answer prevailed throughout the evening as the cause for these problems: capitalism. And, if you ask DSA members, all of these problems have one solution: a new American form of socialism.

“I joined because capitalism has basically ruined my life since I was born,” says DSA member and Shadyside resident Marlene Noble, who was born in Haiti, but moved to the U.S. at age 3.

After Hurricane Gordon struck in 1994, 89,000 Haitians were displaced, and Noble’s family was too poor to fully recover. Noble was placed with Catholic Charities and eventually adopted by American parents in Pittsburgh. She has had chronic back problems that have required multiple surgeries, and worries her health care will be stripped. She says, as an immigrant and a black woman, she has little faith in capitalism to help her.

She joined Pittsburgh’s DSA in August and is part of a growing cohort flocking to the political group that was formed in the wake of President Donald Trump’s election.

The Democratic Socialists of America is the largest socialist organization in the U.S. They advocate for “democratic socialism,” which emphasizes that all people have a voice in important aspects of their lives, such as government, workplace and economy. It also seeks to weaken the power of corporations and increase the power of working people.

Nationally, the DSA saw its numbers triple to about 25,000 from 2016 to 2017, likely helped along by former presidential candidate Sen. Bernie Sanders (I-Vermont), who champions many socialist policies, like universal health care and free college. Pittsburgh’s DSA co-chair Adam Shuck says the group started with seven people in November 2016 and currently has about 350 dues-paying members.

Pittsburgh’s DSA, while growing, is still young and small compared to other left-leaning Pittsburgh political groups. For example, Pittsburgh DSA has a steering committee of 11 elected members, while DJ Ryan, of the Allegheny County Democratic Committee, says the Democrats have about 2,600 elected committee members.

Regardless, the DSA already has endorsed candidates and members running for elected positions and is campaigning for policies like universal health care. But the group might run into obstacles, since the region’s perception of socialism isn’t stellar and the structure of Pittsburgh’s economy isn’t quite ready for a big socialist push. But the DSA believes a push toward democratic socialism can help Pittsburghers and to help spread the wealth evenly across the region.

The “red scare” of post-WWII America led to the labeling of many pro-working-rights Americans as communists. Over the decades, some socialism-like programs, including Social Security, public transportation and public housing, have received support, but both the Democratic and Republican parties have shied away from the word. The recent presidential campaign of Sanders, who calls himself a “democratic socialist,” and his subsequent popularity have changed things.

Pittsburgh DSA co-chairs Shuck and Arielle Cohen say their group isn’t advocating for the type of totalitarian socialism often associated with the Soviet Union. Cohen says, “The goal is to have more democratic and just practices in every aspect of our lives, our workplaces, our schools, our communities. We believe the more participation, the more radical democracy. Not just to redistribute wealth, but to redistribute power.”

Cohen says the DSA is fighting for things like fair wages, equal access to health care and the possibility of free higher education.

Politically in Southwestern Pennsylvania, support for democratic socialism is scattered, but Cohen believes socialism, and the programs it champions, are growing in popularity. According to a June Pew Research poll, 33 percent of Americans favor a “single payer” approach to health insurance, compared to only 21 percent of the public in 2014.