Orange fig bitters, anyone? You don't find that every day, even inside city limits. 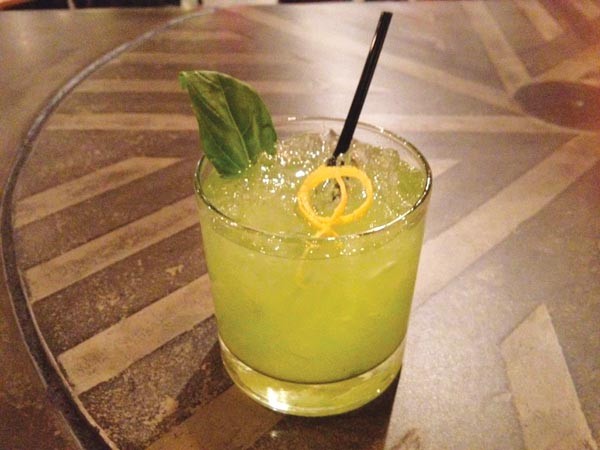 The bar at Burgh'ers in Harmony, Pa., isn't your typical watering hole. There are no cupcake-flavored vodkas, and if you order a Jack & Coke, you'll be steered toward a more refined cocktail.

"People want something that's familiar, but you can use that to stretch their palates," says Dee Hutto, who's been running the cocktail program at the organic burger joint for the past 10 months.

Harmony may seem an unlikely place to find innovative cocktail-mixing. But although Hutto says she's been bartending for "more years than I want to tell you," she fits into the contemporary bartending scene as easily as any eager young buck.

Like any craft bartender worth their salt, Hutto makes her own infusions, syrups and bitters. "I want everything as natural and organic as I can make it," she says. But she's not afraid to push the boundaries of flavor — orange fig bitters, anyone? You don't find that every day, even inside city limits.

Hutto regards the flavored-vodka craze with special disdain. "So much vodka has been poured down people's throats for too long now," she says, adding that part of her mission is "letting people out there know there's more to the world than vodka."

Her weapon of choice? Gin. She thinks the botanical spirit is the perfect base for a classy cocktail. And when customers say they don't like gin, Hutto is ready with a challenge: "I will tell them I'll make them a gin drink that they're going to love. Most people do."

Hutto says that patrons at Burgh'ers have been highly receptive to expanding their cocktail palates. But if a customer insists on a vodka soda or a gin & tonic over a craft cocktail, she's happy to make one.

Still, that drink often comes with a bit of advice: "Enjoy life, experience life for what it is," Hutto tells them. "Don't stick to the norm. Always look for something new."