Barfly is a de-glamorized, disillusioned description of the rock 'n' roll lifestyle from someone who has been in it a long time 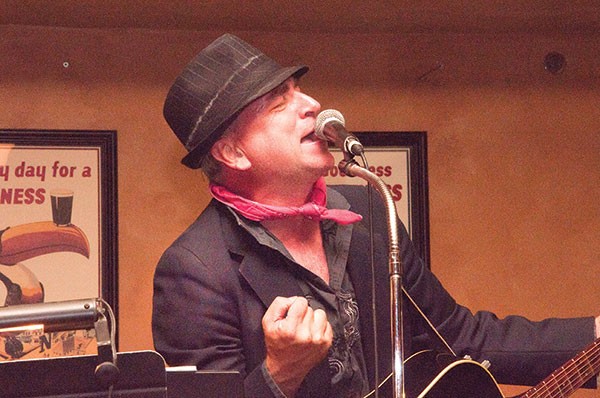 "She wears tight pants / says she's gonna be a star," sings Brad Wagner about a fictional young wannabe Florence Welch, on "Little Julie," from his album Barfly. "But there's a guy in my band who's 43 / Been sayin' that same damn thing since he was 17."

A concept album, Barfly is a de-glamorized, disillusioned description of the rock 'n' roll lifestyle from someone who has been in it long enough to see dreams shatter, youths misspent and, occasionally, spirits endure.

Wagner, 51, has gigged at Pittsburgh bars since the mid '80s and has played in a variety of party bands and Springsteen-esque working-class ensembles — all while holding a variety of day jobs. (He currently drives a truck for the post office.) Though there is a heady dose of humor, Barfly echoes with the jaundiced view one only earns through putting in that many years in a hardscrabble career. "I bounce around from job to job / Never gettin' one done / We just sit around and mumble / 'Bout our insecure state / And we blame politicians / As we commiserate," he sings of a group of pub musicians reaching the half-century mark without serious résumés.

Wagner says he isn't exactly speaking in his own voice but that of a made-up character from a similar background. "I wouldn't say it's totally autobiographical," he says. "I have embellished to make the character more dramatic."

A concept album is an unexpected endeavor for an everyman rocker like Wagner. He says the project came about organically: "I had a few songs with these sentiments and wrote about a few more to flush it out." The end result "shouldn't be read as one storyline, like a play, but there is a thread running through it."