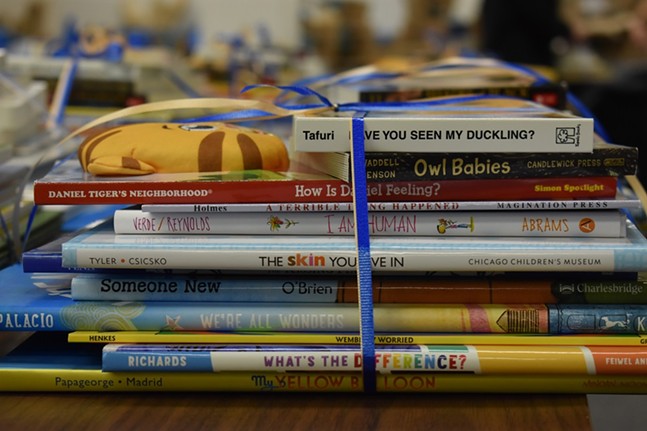 Donors can now purchase and donate one of 25 Raising Antiracist Readers titles, all of which were rated and chosen based on what a press release describes as “the representation depicted on its pages and the social justice orientation of its message.” The list includes Julián is a Mermaid, a picture book about an Afro-Latinx child inspired to create a dazzling mermaid costume, and Happy to Be Nappy, a celebration of Black hair by celebrated author, feminist, and activist bell hooks. Set in 1962, White Water follows a Black boy growing up in the segregation-era American South.

The Raising Antiracist Readers book drive runs until Jan. 1, 2021, though Adam Flango, communications manager for the Office of Child Development, says donations will still be accepted after the deadline.

Books for Change started in 2018 as a response to the Tree of Life shooting at a Squirrel Hill synagogue, which resulted in the deaths of 11 people. Later it was revealed that the shooter, Robert Bowers, had been active on Gab, a social media site popular among white nationalists, the alt-right, and white supremacists, and had reportedly said “all Jews need to die” when he surrendered to police.

A press release claims that, since its launch, Books for Change organizers have collected and distributed nearly 4,000 books to schools and early childcare facilities throughout the region. 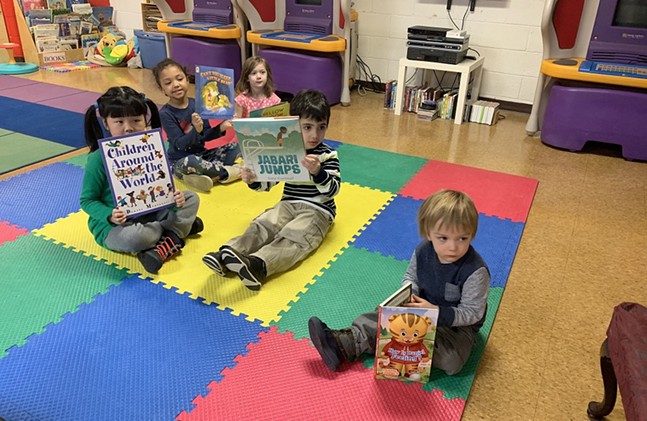 University of Pittsburgh Office of Child Development
Local children show off their Books for Change books
Raising Antiracist Readers was chosen as the theme for this year's book drive as a way to address the tragic acts of racial injustice and police brutality happening across the country. Over the summer, the deaths of Black Americans like George Floyd and Breonna Taylor, both of whom were killed by law enforcement, led to the amplification of the Black Lives Matter movement and nationwide protests calling for racial justice and equality.

Books for Change represents efforts by the Office of Child Development to support social justice and racial equity. This includes running P.R.I.D.E., a program aimed at instilling positive racial identity in Black children between the ages of 3 to 8 years old in Pittsburgh.

While some may argue that these topics may be too scary or heavy for young children to process, Dr. Caitlin Forbes Spear of the Office of Child Development’s Literacy and Learning Division says it's essential to start early.

“We know that children see race at a young age and are making sense of the world and themselves through what they see and experience, so it’s important for the trusted adults in their lives to have honest, age-appropriate conversations with them rather than ignoring it,” says Forbes Spear. “Picture books can be an excellent way for families to start having these important conversations. But we also encourage the important adults in a child’s life to read the books themselves, and even practice the conversations they might want to have, or think through the questions they might want to address, before reading them with a child.”

Donors can purchase the books directly from the drive's partner City of Asylum Bookstore. Once the books are delivered, and Pitt faculty and staff will pick them up and deliver them to schools and early childcare facilities.

Books can also be purchased through a designated Amazon Wish List. There's also the option to donate money to Books for Change.