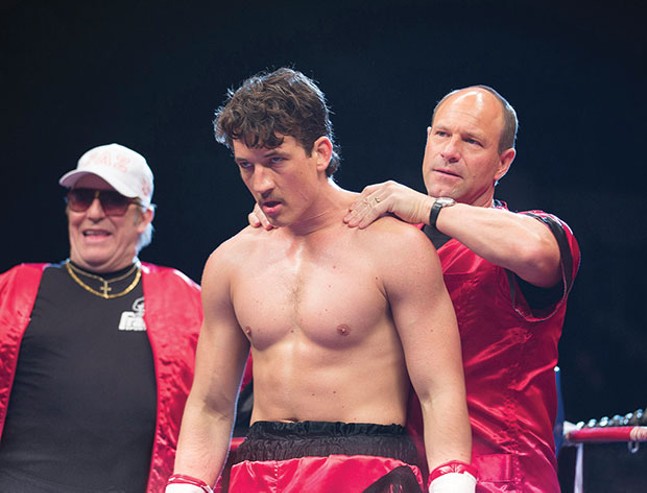 Something this holiday the whole family can agree on — if everybody is into by-the-book inspirational boxing films. In Ben Younger’s bio-pic, Miles Teller portrays boxer Vinny Pazienza during his fateful years of the late 1980s and early ’90s. After winning a couple of key bouts, the junior-middleweight world-title holder from Providence, R.I., suffers a broken neck in a car crash. Doctors install a halo-style neck brace, and tell The Paz he’ll be lucky to walk again. So naturally, the boxer starts training in secret to get back in the ring. He’s aided by his alcoholic, also-needs-a-comeback trainer (Aaron Eckhart), and generally supported by his working-class family, headed by Ciaran Hinds and Katy Sagal. Even if you’ve never heard of Pazienza, you’ll know exactly how this tale unfolds. (Fans should prepare for some fudging of the timeline.) The performances aren’t bad, but everybody is penned in by hokey dialogue and clichéd set-ups.