After more than a decade, a local family is still locked in a battle over alleged abuse. Will a lawsuit bring this case to an end? 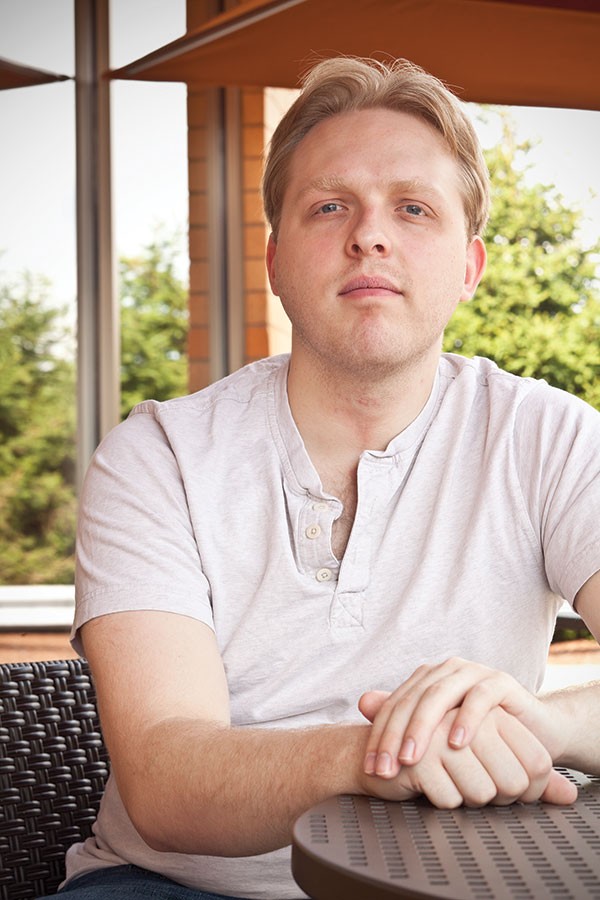 Photo by Heather Mull
Michael Clark, of Moon Township, and his siblings have sued their father in civil court over alleged abuse they say they suffered as children.

One of the happiest days in Michael Clark's life, he says, came in 2001, when his parents separated: It meant, he realized, that his father wouldn't be coming home anymore.

For years until that point, Michael and his three younger siblings contend, they'd lived in fear of Michael's father, Dr. Kevin Clark.

"It got to the point that it was just a way of life," says Michael, who was 14 when his parents split. "My brother and my sisters and I would cry whenever my mother would leave the house because it just turned into a war zone. ... You would just keep to yourself and pray he didn't call for you."

Through his attorneys, Kevin Clark denies ever abusing his children. And no one has accused him of doing so after 2001. But in some sense, the Clark family has still never truly left the Moon Township home they once shared.

Nor have they escaped the courthouse. At least, never for very long.

Over the past 12 years, Kevin and Valette Clark have fought over support payments, over visitation rights, over claims of child abuse. There have been custody hearings and criminal proceedings. A dispute about child support is pending before the state Supreme Court.

Such a lawsuit is unusual. "It's very rare to see a case like this," says Jill Engle, a professor of family law at Penn State University.

Michael Clark's lawsuit accuses his father of behavior ranging from verbal mistreatment to sexual abuse. The Clarks' three younger children later filed lawsuits of their own. (Michael Clark agreed to speak on the record for this story, but his siblings — two sisters and a brother — declined. City Paper does not identify the names of victims in cases of alleged sexual assault.) Together, the suits claim that the alleged abuse has caused a range of lasting injuries including anxiety, depression and post-traumatic stress disorder, as well as some chronic physical pain.

Some of the allegations were part of a 2005 criminal case. Several criminal charges based on those allegations were dismissed in a preliminary hearing that year; Kevin Clark later pleaded "no contest" to lesser offenses. His lawyers deny the claims made in the current lawsuits.

"I feel very badly for the suffering that all of the people involved in this case have gone through," says Ed Flynn, one of Kevin Clark's attorneys. "But it is reprehensible to accuse Kevin Clark of these things that I know he could not do. And it is unfair to lay the blame for all of this solely at his feet."

It was Mulligan, who presides in the county's family court, who handled the Clarks' divorce. And it was Mulligan who left in place Kevin Clark's unsupervised visits with his children — even as he was facing criminal charges related to their allegations of abuse. It is Mulligan who wrote an opinion casting doubt on those allegations. Now, it is Mulligan presiding over the Clark children's lawsuits — suits they filed, they say, partly because of frustration over those earlier court battles.

"Here we are, back in front of Judge Mulligan, the one person who could have ended this all years ago," Michael Clark says. "Nothing involving my father has gone well for us."