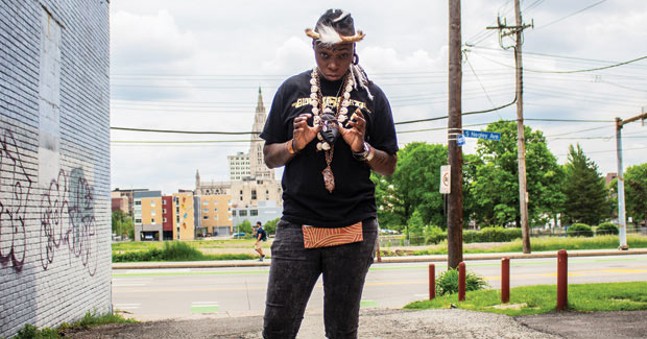 At a 2016 protest and demonstration in downtown Pittsburgh, Blak Rapp Madusa stood on a small stage with other members of the 1Hood collective. There were artists, activists, protestors and journalists everywhere; chanting, singing, and applauding. But through it all, Madusa’s voice was loudest and clearest.

She started her performance and everybody there stopped and turned to the stage. Her performance was an a capella (possibly freestyle?), free-meter poem. It felt deeply connected to the protest, yet articulated something deeper and more spiritual than what everybody else was saying.

In the two years since, Madusa has evolved into one of Pittsburgh's leading voices for activism and art. She calls herself an “artivist.” With early recognition from Pittsburgh artist Vanessa German, plus mentorship from Jasiri X of 1Hood (of which she is a member) and a number of artist residencies, Madusa's fierce, painfully honest output is reaching wider audiences. This week, she debuts her one-person play, Mary's Daughter: Memoirs of an Artivist, at KST's Alloy Studios. City Paper spoke with Madusa (real name Melanie Carter) to learn where she’s at today and where she sees herself going in the future.

Can you trace the idea for this piece to a specific moment?
I received a residency from SONG (Southerners On New Ground) in Atlanta to go out to the Smokey Mountains to a farm. I had already been thinking about writing my story but this was an opportunity to [actually do it.] So, I started Memoirs of an Artivist there in 2016. When I came back to Pittsburgh, I was riding past the August Wilson Center and I thought about my poster being up on one of those windows. From there, I had a conversation with Justin Laing and he gave me some ideas on who I could to talk to further it.

How would you describe Memoirs of an Artivist?
It’s just a lived-in experience of black activists and artists, someone who came from foster care or someone who has an intersection of identities. It touches on different nuances of surviving as a black woman in America.

We read there is an element of satire in this piece. What role does it play?
I think a lot of my experiences are humorous – on this side, from here, I can say, “oh that was actually pretty funny.” But it’s also a way to laugh to keep from crying. It’s gonna be a bit comedic. Some of these things I know that other black women have experienced but maybe they didn’t have the words to name that experience. Using a platform to talk about my experience should also open dialogue for other black women’s lived-in experience.

What’s the toughest part of performing this piece?
Emotionally, it’s having to become some of the characters that were traumatic for me. For example, I have to become my mother’s abuser. Reliving that is a bit challenging. It also speaks to how domestic violence is alive in our everyday, that people don’t talk about, that people just live with, that people survive through.

I’m excited to talk about my Southern experience. I’m originally from the East Coast but I love the South. I feel more connected and alive there. But I can only really get a job in the North. It’s so funny, it’s so weird. I’m more confident in the South, it feels like. 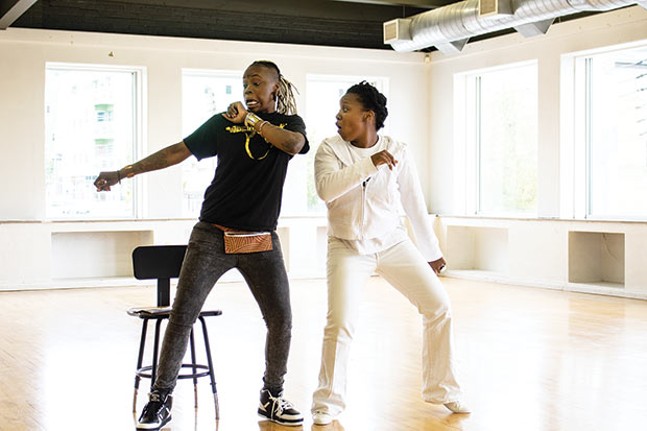 Do you think you’ll eventually go back?
Absolutely.

I love Pittsburgh and I’ve had so much community support, but I want to be 100 percent my best self, and sometimes I can’t always be my best self here. I can be my good self. [Laughs]

What would you want people to take away from these performances?
The main thing is to begin opening up dialogue about what black women are experiencing here in America. I think oftentimes our lived-in experience gets swept up into the black experience, you don’t get to hear stories of her survival, stories of her triumph, she’s only viewed as this super strong person. She’s always going to be alright. She’s always going to know how to come and care for everybody else. But what happens in those moments when she’s not so all right? What happens in those moments when she has to harden herself against love and vulnerability just to survive in a society … It’s OK for everybody else to love and be vulnerable but it’s not OK for you? You have to be aggressive. I’m hoping that we can begin to heal by opening dialogue about people’s lived-in experience.