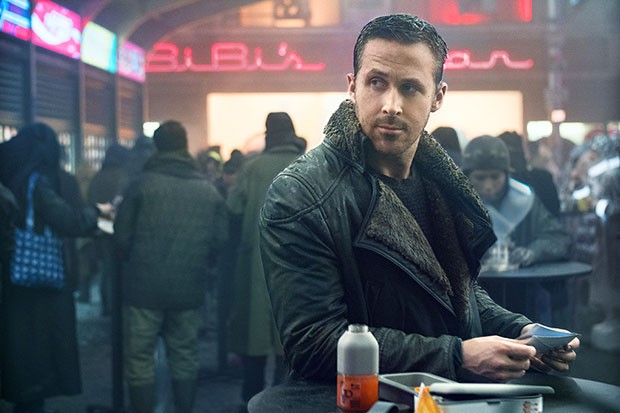 Man of the future: Ryan Gosling

Critics got a stern warning before and after the press screening of Blade Runner 2049 that amounted to: Don’t say anything about the plot, or the characters, or this or that. It seemed like overkill for a film that is both a sequel to a well-known and widely quoted work, and basically has the same plot: A cop tracks down androids and kills them, while pondering what it means to be human.

So let me say these things about Denis Villeneuve’s film. It has a great broody look, building a world that combines the urban dystopic clutter of the original Blade Runner with terrifying empty spaces, be they corporate offices or post-apocalyptic landscapes. The assorted depictions of light — from murk to patterned — are fantastic, and I reckon these would be even grander in IMAX format (ditto for some freaky soundscapes). The trailer suggests action, but the nearly three-hour-long film more often offers long stretches of silence, stilted conversations and time spent driving through the air. While it hews faithfully to the vibe of the original (in places, 2049 feels almost burdened by the weight of our accumulated knowledge of the 1982 film), it also seems a logical follow-up to Villeneuve’s moody, thoughtful sci-fi work Arrival.

An approved précis: In 2049, an LAPD blade runner (Ryan Gosling) dutifully chases down old-school replicants, until a bizarre discovery sends him and others down a rabbit hole of the past, the future and what lies between. There is debate about memory, its reliability and malleability. The line between good guys and bad guys, between humans and replicants, is blurry — and yes, most of the moral ponderings of this future do fall to white guys. (Women matter as a plot device in 2049, but not so much as characters.)

I enjoyed the movie, though much more for its gorgeous production than its thin plot (or is this all table-setting for Blade Runner 2050?) and predictable feints. I can’t explain more, but instead share these spoiler-free teasers: Bees, waves, a wooden horse, snow and “I Can’t Help Falling in Love With You.”