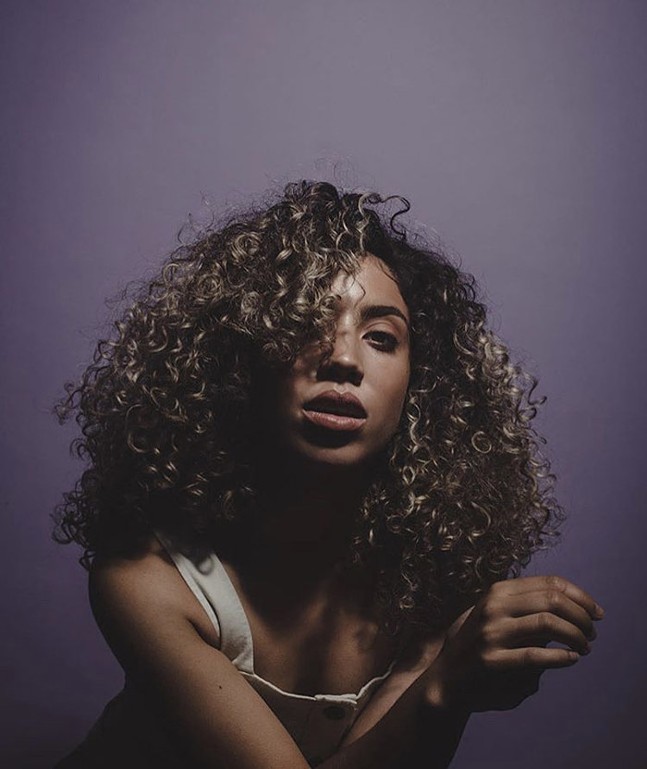 
At the intersection of Ophelia and Lawn Streets in Oakland, there's a custom piece of art honoring Sierra Sellers, today's Black November featured artist. The artwork was created by artist and supporter known on Instagram as @universalhunte, who did an interview with Sellers following the release of her EP Ophelia. It was named after the area in Oakland where Sellers drew her inspiration from while recording her soulful project.

"Ophelia was an EP that helped me to remind myself of who I am and where I came from during a time in which I felt like I was losing myself. It brought me back to my center after having been knocked down so many times," says Sellers. "In 2018, I was feeling so low about music. I was pretty much ready to give up. I had a show that year and in the audience there was this little girl right up front dancing and smiling the entire set. She came up to me afterwards and gave me a big hug. We talked about everything under the sun. She was only four years old and her name was Ophelia. She made me feel like I was on the right path again and I just had to keep moving forward. This EP was a shout out to her too. Wherever she is, I hope that she is still listening and smiling.”

Hear the captivating project below. To find out more about the background of Sellers and Ophelia, check out the feature Pittsburgh City Paper did with the artist in March.