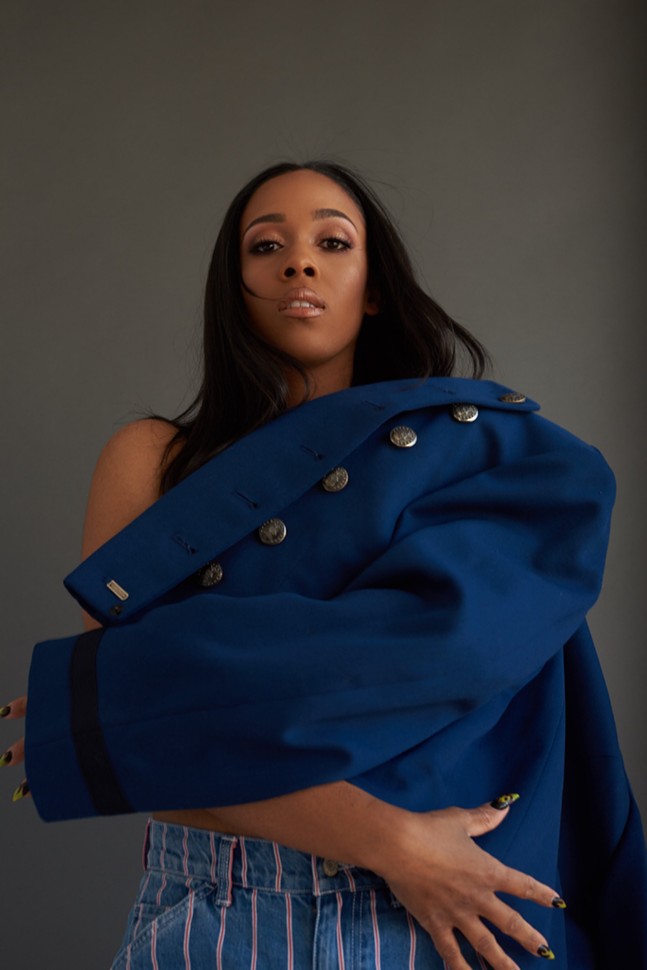 Today's featured Black November artist is making sure she's the one writing the chapters of her story, while having as much fun as she can along the way. Chandra Rhyme began her career as a dancer before making her way into Pittsburgh's underground music scene. Her dancer's knack for rhythm has bled into her music, creating rhythmically-backed pop and R&B-infused hip-hop tracks with golden-era level lyricism and an electric feel.


In 2019, she released her debut EP Goin’ Up under the rap name Rhyme. Currently, the musician is cultivating a fresh sound that mixes traditional songwriting with boundary-pushing production, which can be heard on "Hit It Right," "Relate," and her most recent release "All Night."

"Hit It Right" is the song Rhyme chose to highlight for Black November.

"I originally wrote part of 'Hit It Right' while waiting in the car parking lot of a grocery store and liked how each word correlated to one another," she explains. "Fast-forward to a studio session where one of the co-producers played the beat and I thought of the part which ended up being the chorus. I instantly knew it belonged there, which made the song literally write itself. I wanted to create something that felt fun, sexy, and where a woman is the one in control of her body and what she likes while not getting too easily attached to the person she's with."