“There was a real handmade quality to it. That appealed to me.” 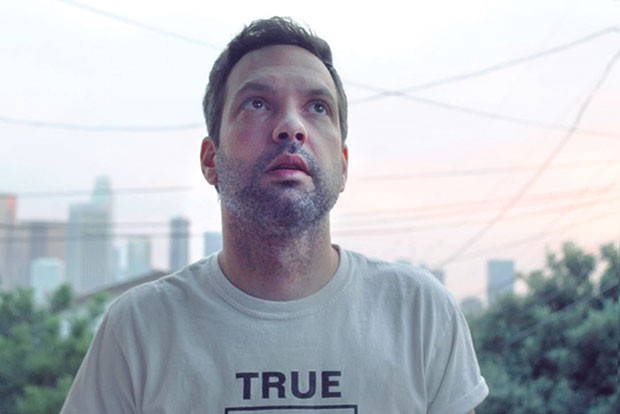 In coverage of Black Marble’s second full-length record — It’s Immaterial, released last October — much was made of founder Chris Stewart’s move from Brooklyn to Los Angeles. More than a geographical shift, the move would also bring a shift in Stewart’s attention. In Los Angeles, he began to focus solely on music, rather than splitting that time with a full-time job as an art director, as he did in New York.

In the intervening year, Stewart has re-tooled the lineup of his dark-wave outfit and found a workable, productive routine. In doing so, he has come to a deeper understanding of his work ethic, of Black Marble’s distinctive synth-driven aesthetic, and where it fits into an increasingly synth-heavy landscape.

“Since then I’ve just been touring, really, and writing another record,” Stewart says in a telephone interview. “The period of time between the first LP and the second LP was a long time, so I’m trying to be a little bit better about that this time.”

Stewart has approached songwriting for his new album as his full-time job. More than anything, it has given him the opportunity to expand on his ideas.

“Over the course of a given day, if I stick with it, I do manage to have some sort of positive results come out,” he says.

“I have a conviction that I’m going to have 10 songs that I like. I might have to write 50. I might only have to write 12. I’m purposely forcing myself not to worry about it and just sort of do the routine.”

Stewart expresses some regret over the constraints he imposed on himself while creating It’s Immaterial and how those constraints affected the final product. “The approach that’s changed for me, that’s been helpful, is just not being so stressed out about the timeline,” he says.

“I thought it was good to put myself under a lot of pressure, almost like a stylistic conceit, but I think that was a mistake.” He hopes the rigor with which he’s approaching his new record, coupled with the capacity to experiment, will yield a cohesive whole with distinctive parts.

Synth-driven sounds are having a pop-culture moment — for example, the Stranger Things theme — in which listeners hear references to beloved cultural moments of the past. But Stewart does not see Black Marble as an appeal to nostalgia. If he has any nostalgia around synth-driven music, it is for the heyday of Veronica Vasicka’s Minimal Wave program on East Village Radio, when the possibilities of the sound were revealed to him. The appeal was not in the slickness of the music; in fact, it was quite the opposite.

“The music itself was great music, but it was made by inexperienced people using cheap instruments. There was a lot of hiss, because they were using shitty tape machines, and things would sometimes get played a little out of time,” he says.

“There was a real handmade quality to it,” he adds. “That appealed to me. So, something that I try to keep, and something that I think is the spirit of the music that I make, is that quality where you get a sense that it’s just a person.”