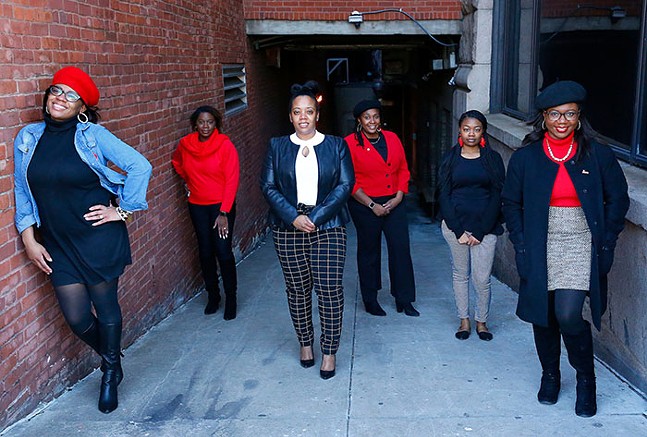 Now, five years later, Clark has risen in the ranks of ULYP and currently sits as the nonprofit’s chapter president.

“I felt like, for the first time, I found community in Pittsburgh,” says Clark.

The regional chapter of the National Urban League Young Professionals serves as a community empowerment network for young minority professionals seeking mentorship as well as personal and professional development.

Both Clark and ULYP’s current vice president, Monique Smith, take great pride in the diversity of their organization, saying ULYP is composed of an even mix of Pittsburgh “transplants and homegrown” natives.

Smith, a Pittsburgh native herself, noted the oft-cited mentality of the Steel City: “Don’t cross bridges.” Her work with ULYP is driven instead by a desire to build bridges across communities and harbor fellowship within the city, especially among the young, Black community.

“We want to move African-American young professionals in the same direction,” says Clark.

In a region like Pittsburgh — where economic opportunities for Black residents is low compared to other metro areas, and studies have shown young, Black professionals have been leaving Pittsburgh for greener pastures — building this kind of professional network for the Black community is not only a noble goal, but a necessary one in order to create a more diverse talent pool for the region.

ULYP, with its roughly 100 current members, comes together once a month for general meetings and offers a series of other events throughout the year, primarily focused on social-professional connections and, above all, community service.

Typically, that community service involves in-person events, including their annual “Day of Service,” which brings connections with surrounding communities. But Clark says the pandemic has thrown a wrench in those kinds of events.

“A pandemic can really mess that up,” says Clark.

Still, the group was determined to continue ULYP’s mission, so they came up with the idea to host a virtually-based drive for the Western Pennsylvania Diaper Bank. Clark and Smith partnered with several local Black-owned businesses to set up a satellite network of drop-off sites. Together, ULYP members collected over 1,500 diapers for families in need.

But their desire to help did not stop there.

As the country grapples with notions of equality at every societal level, Smith says the group has become even more impassioned to “redefine professionalism” in Pittsburgh.

“We want to break the stereotypes of what a professional looks like. It’s not just a person working in an office,” says Clark. “Professionals come in all shapes and sizes.”

To combat these stereotypes and enrich other young professionals’ lives, ULYP frequently pairs with experts and community business leaders to help educate their members with a slew of practical lessons, ranging from personal finance to homeownership to engaging with civil servants on matters of public policy.

Photo: Lovelai Photography
Keyva Clark, President of Urban League Young Professionals of Greater Pittsburgh
“We’re a city of two stories,” says Clark. “We start at a deficit. And access to resources is just the tip of the iceberg. It’s never going to be a fair playing field.”

But she remains confident that the tools and network they provide are helping to close the divide between young Black professionals and their white counterparts.

Since ULYP is a local chapter of a national organization, and about to celebrate its 19th organizational birthday on Feb. 18, Clark says members have the opportunity for growth and connection across the country, even years after they have left Pittsburgh or outgrown the program.

“You reach back and help someone else,” says Smith.

Smith, who has watched Clark transform from a member to the organization’s president, remarked on her strong leadership. “Clark has been an amazing president,” says Smith. “She has given so much grace to our org.”

Even amid the praise, Clark remains focused on her organization and the collective work it does, one generation of young, Black professionals at a time.

“It didn’t just start with us,” says Clark.

Clark, Smith, and other members of ULYP view their group as the beginning of a long-awaited societal movement geared toward Black excellence, professionalism, and personal success.

“It’s a movement,” says Smith. “Much bigger than just us.” 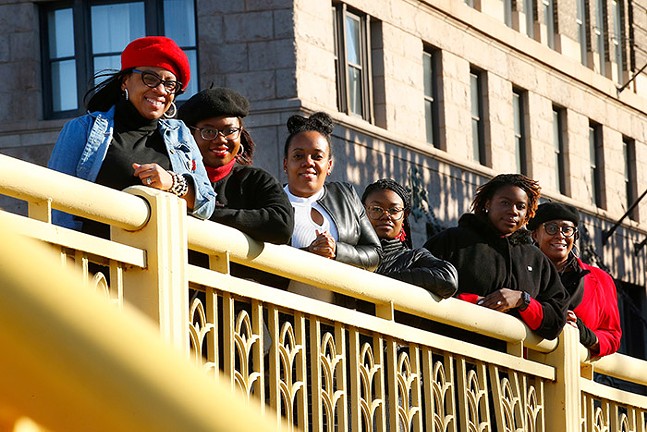 CP Photo: Jared Wickerham
Their dedication to the movement is evident in the time they spend developing ULYP, even referring to their volunteer positions as a “two-thirds job,” according to Clark.

To help grow the movement, ULYP’s annual Join Week — a week packed with community and networking events to encourage recruitment — is running virtually through Sun., Feb. 14.

Smith and Clark encourage anyone interested in a “way to fellowship for like-minded people” to connect with ULYP’s social media presence during Join Week.

As Smith and Clark continue to grow ULYP during the final months of their tenure on the executive board, they remain steadfast in their mission of service to the young, Black community.

“We don’t just do it for ourselves,” says Clark. “We do it because we believe in the movement.” 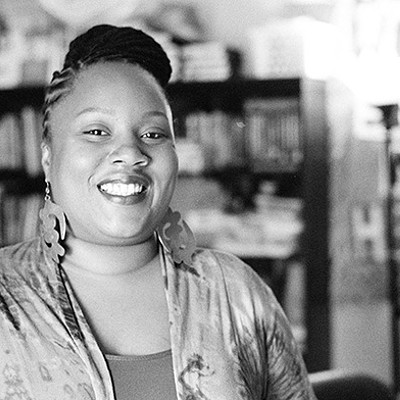