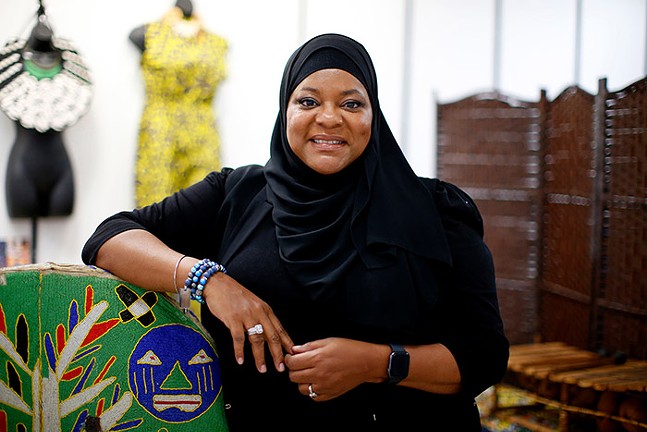 “I think it’s a combination of things. I think we’re still looking at the residual effects of the loss of an industrial city,” says Tammy Thompson, Executive Director of Circles. “Many families in this city fed their families from blue-collar steel mill jobs. When they left, there was nothing as stable to replace it. You also have to factor in racism, lots and lots of Pittsburgh racism. I think it would be irresponsible to not acknowledge it.”

Now, the organization is looking to implement new strategies it thinks can help tackle that disparity head-on. This means that Circles places focus on helping increase homeownership opportunities for Black and Brown people, who historically have been shut out of building and generating generational wealth through homeownership. Also, it wants to help people build wealth through entrepreneurship and small business ventures.

This also means a rebranding of the longtime anti-poverty group, which is part of a national movement that works with families in the Pittsburgh area to address the psychology of poverty and how they got there in order to move forward and build a plan to help foster economic growth and financial security. Once the new year begins, Circles will undergo a name change and a new messaging campaign.

“One of the things that we are going to be doing during that reorganization is developing a policy department. Where we are working to highlight and educate and advocate for systems and policies to change that is directly impacting folks in poverty,” says Thompson.

A new horizon is ahead for Circles, and Thompson and her team are hoping to raise awareness of just how serious the issue of Black poverty in Pittsburgh is, and then actually do something about it.

Thompson says that a wide majority of people in Pittsburgh don’t see the intersection between class, race, and poverty. And those same people hold positions of power, while the minority continue to fight an uphill battle for economic and racial justice.

“The folks in positions of power are either gaslighting us or just flat out ignoring that it’s happening or even worse saying that they want to do something but then do nothing,” says Thompson.

To break the cycle of inaction, Thompson believes there needs to be more political education and engagement. “We also have this issue with political education. I think people aren’t really aware. I think that’s been intentional over the years, that the less we understand about our systems, the less we can hold people accountable,” Thompson says. “So I think it’s important for us to figure this out and learn how to hold people accountable and how to articulate what our needs are in our communities in a way that systems and policies change.”

CP Photo: Jared Wickerham
Thompson organizes books that will be included with care packages going out to residents.
But increased political engagement is just one strategy. Thompson says in order for Circles to combat this systemic poverty, it must create intentional opportunities for people.

“I think you have to be really intentional about creating these opportunities. It is not just going to happen because we say it,” says Thompson. “What we are trying to do is be very intentional about looking up spaces where folks are being disenfranchised. Where are these economic gaps? Because we focus mostly on economic justice.”

Circles will be focusing on amending and ending policies that perpetuate poverty like mass incineration and poor education in the city. Currently, the group has two specific initiatives for homeownership and entrepreneurship.

The programs help people gain the basic tools of being a homeowner, and then keep them as homeowners. Homeownership has long been a tool to help families climb out of poverty, but for decades, America's policies have been catered primarily to white and wealthy homeowners.

Black Americans have consistent higher rates of entrepreneurship compared to their white counterparts, and Circles wants to capitalize on that spirit. Their Catapult program provides entrepreneurs with technical guidance.

Thompson adds that Circles has a retail incubator program called the Gallery on Penn, a place where people who have products can come through the program to learn more about retail management and operation, and then run their business in the gallery.

For the last handful of months, Circles has been serving about 1,200 people during the pandemic by delivering basic needs to families, waiving rent, and giving small grants to businesses. It’s all about helping people maintain, so they can shine when the pandemic ends.

“What we’ve been focusing on is telling people to take care of themselves, to give themselves grace. We’ve been focused more on the human. What do you need to get through [the pandemic] with your mental state intact?” says Thompson. “How can we support you so that all the things you’ve been working towards don’t all get flushed down the toilet? That’s been pretty much our major priority, making sure people are OK and then trying to fill in the gaps and spaces where they’re not.”Circles of Greater Pittsburgh
circlespgh.org