It was rumored that Josh Gibson once hit a curve ball with one hand, driving the ball 375 feet for a home run. 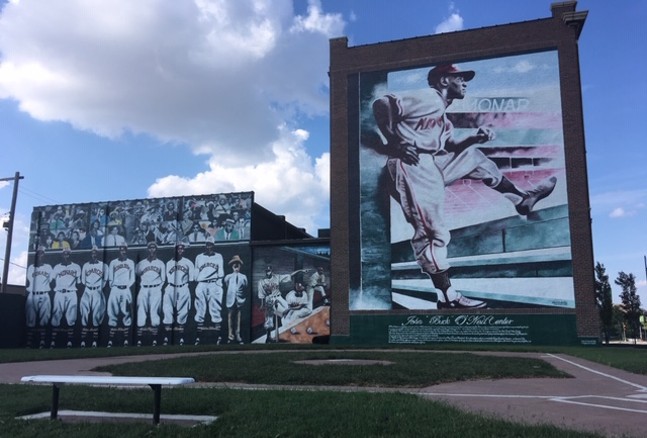 Before baseball was racially integrated, the greatest Black ball players displayed their talents in the Negro Leagues. And during the 1930s, Pittsburgh was home to some of the all-time greats. Players like Josh Gibson, who legend has it hit more home runs than Babe Ruth, and Satchel Paige, who could throw a dozen different pitches, played in the Steel City.

Pittsburgh was home to two Negro League teams: The Pittsburgh Crawfords and Homestead Grays. The Grays were the more successful of the teams, winning three Negro League World Series titles, but both teams have deep historical significance in Pittsburgh.

Here are some spots around Pittsburgh and beyond to honor their legacy. 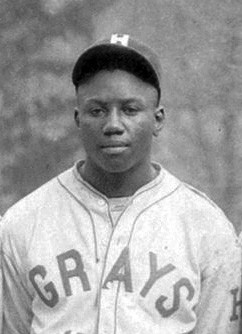 Gibson was the Negro Leagues most feared batter, and arguably the greatest home-run hitter of all time. Born in Georgia, Gibson moved to Pittsburgh when he was 12. As a teenager, he was recruited to play for the Crawfords initially, before playing a longer stint with the Grays. It was rumored that he once hit a curve ball with one hand, driving the ball 375 feet for a home run.

He died in 1947 of a stroke at the age of 36. He was buried in Allegheny Cemetery, in an unmarked grave up until 1975. Now, visitors can visit the grave site at Section 50, Single Grave-C232. A small plaque marks his grave. Allegheny Cemetery offices have a brochure on Gibson with more information.

Pittsburgh’s Negro Leagues teams played at two fields: Forbes Field in Oakland, home to the Pirates, and Greenlee Field in the Hill District. Greenlee Field was named after Gus Greenlee, one of Pittsburgh's most successful Black businessmen of the era.

He owned the Crawford Grill and eventually the Pittsburgh Crawfords. Upset that his players were not allowed to use dressing rooms at white-owned facilities, Greenlee built his own stadium on Bedford Avenue in the Hill.

Both the Crawfords and the Grays played there in the '30s. The Steelers even occasionally used it as a practice field. After baseball was integrated, the Negro Leagues lost most of its talent and the league struggled and disbanded.

Greenlee Field was eventually demolished and replaced with the Bedford Dwellings housing project. A historical marker rests at the corner of Bedford Avenue and Junilla Street.

No, the Pittsburgh Crawfords were not named after the iconic Hill District jazz club. (The team was named after the Crawford Bath House, a recreational center that used to stand in the Hill.)

But the Grill was the spot many of the Negro Leagues legends spent their leisure time. Gibson and Page were known to patronize the popular club. The original Crawford Grill was demolished as part of the Civic Arena Urban Renewal project, but the building housing the second Crawford Grill still stands, thanks to a historical designation. 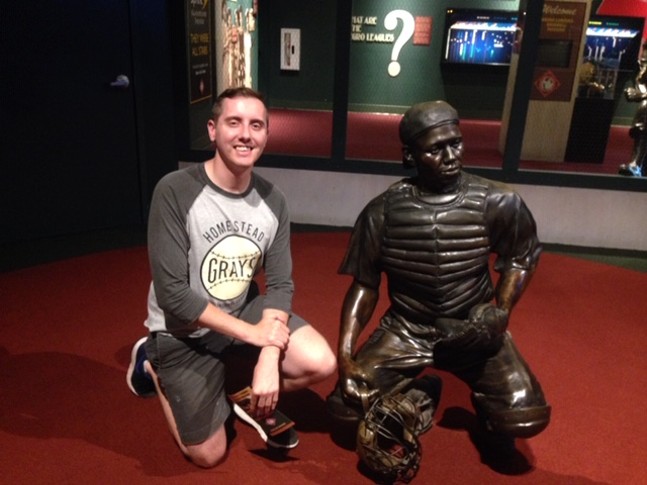 There are several mentions of Pittsburgh’s role in the negro leagues throughout the museum. There is even a mock baseball field with statues of greats that played in Pittsburgh like Gibson, Paige, and Cool Papa Bell. 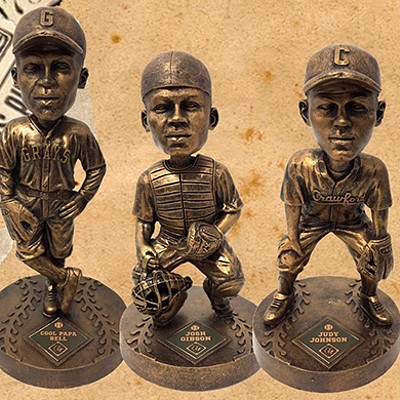