Black History Month: If you dig horror, sci-fi or fantasy, you need to read Victor LaValle

LaValle brings a fresh and much-needed perspective to genres in which people of color are rarely or poorly represented.

As an incorrigible ghoul, I’m always on the lookout for the weird and terrifying, leading to a constant diet of horror movies, TV thrillers, and true crime podcasts. This fascination extends to my taste in books, as I scour best-of lists and scroll through Kindle and Overdrive in search of the best creepy lit.

This is what led me to American author Victor LaValle. Raised by a single mother who emigrated to the U.S. from Uganda, LaValle brings a fresh and much-needed perspective to genres in which people of color are rarely or poorly represented: that of horror, fantasy, and sci-fi. His 2016 novella The Ballad of Black Tom turns the H.P. Lovecraft occult short story "The Horror at Red Hook" on its head by making the narrative about a Black man clashing with the violent racism of 1920s New York City. Lovecraft makes a fitting choice, as the author’s legacy comes with the undeniable knowledge of his virulent racism, which often appears none too subtly in his work. One noted Lovecraft poem, published in 1912, contains a slur in the title (use your imagination) and describes Black people as “beasts” and “semi-human.”

Though he became a Lovecraft fan as a child, LaValle admits that he didn’t catch on to the author’s hatred right away, causing him to grapple with his enjoyment of the author later in life.

“I think I just couldn't have processed it. And then when I was about 15 or 16, I started being like what is this dude — what did he just say? And it was the kind of thing that you would say, like — if you were walking down the street and somebody said that, you'd smack them in the mouth. So why did I say that it was OK on the page? And yet by this point, I already loved the stories, so it made for these very conflicted feelings," LaValle said in an interview with NPR. 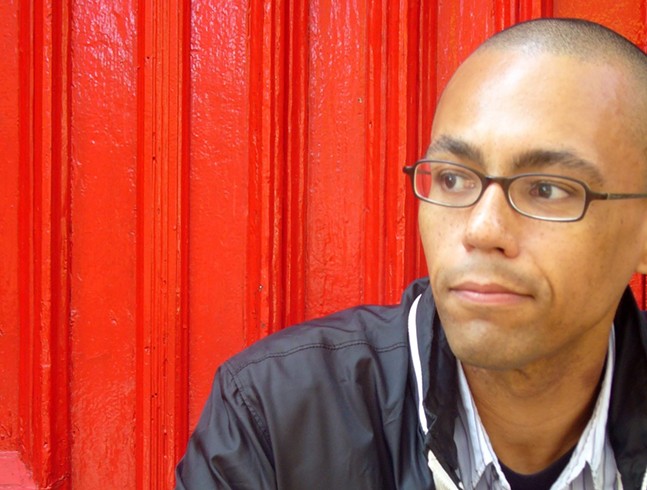 Victor LaValle
Victor LaValle in 2008.
So far, LaValle has published three novels, two novellas, and a collection of short stories, including The Devil in Silver, a 2013 book about a demonic presence preying on the residents of a mental institution, and the bizarre 2010 mystery Big Machine.

In 2018, LaValle produced a modern-day fairy tale with The Changeling, a riveting, magic realist novel about Apollo Kagwa, a Black book dealer in New York City whose wife disappears after committing an unspeakable act. What begins as a shocking study in grief soon veers into strange and unexpected territory when a mysterious man tracks Apollo down, claiming to know where his wife is hiding. Along the way, there are nods to the types of prejudice the main character endures in his daily life, including being hassled by the cops for no reason.

The book relies heavily on Scandinavian mythology, a theme driven by LaValle’s desire to highlight the key role of European countries in the slave trade and continued exploitation of people throughout Africa.

“I feel like I’m mildly obsessed with calling out the groups who perhaps slip under the radar,” he said in a Random House author Q&A.

By combining unreal elements with all-too-real issues, LaValle entices the reader into addressing the systemic and historical factors that contribute to racism and bigotry. Though he's made a name for himself in the literary world, I’m hopeful that a recent deal with AMC to turn The Ballad of Black Tom into a series will introduce him to an even wider audience.