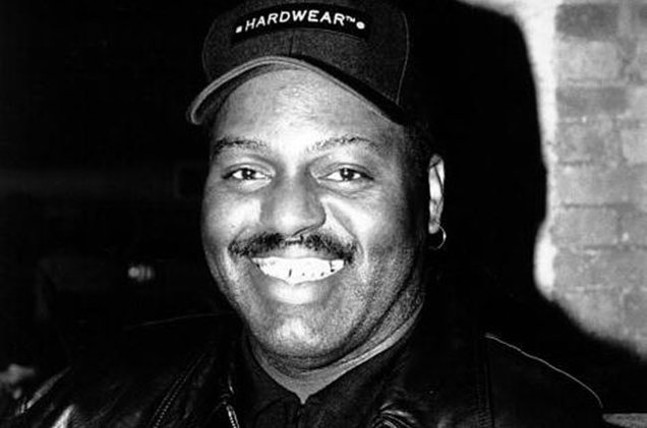 The tools he cultivated in his approach to composition (whether in physical instruments or production tricks) can still be heard in popular music today, whether electronic or not, dance or not. Both the hypnotic minimalism of IDM and the dynamic-driven peaks and valleys of EDM owe credit to Knuckles' music.

He was a pioneer in how DJs interacted with the energy of the dance floor. At the heart of his music was the marriage of synthetic production with catchy live, pop vocals - essentially the basis today's pop - which created a balance of vulnerable humanity and electronic precision. He presented complex ideas in accessible, appealing packages. His influence often invites hyperbole, which is deserved, but also tends to eclipse the fact that the music itself was incredible.


Knuckles died in 2014, and sadly, like many pioneering Black and gay artists, did not receive his due credit on the scale he deserved during his lifetime. This despite the fact he has a street in Chicago named for him, has a Grammy, has worked with Michael Jackson and Diana Ross, and counts Barack Obama as a fan.

Knuckles grew up in Chicago in the late 1970s and early 1980s. This was a time rife with widespread contempt for disco and dance music, with some not-so-subtle homophobic and racist subtext to that hate. Knuckles was known to describe his music as "disco's revenge." Through these seminal club scenes in Chicago, Knuckles found a community and discovered his gifts, not only rising above the hate, but going on to make an indelible mark on the history of music.

Fans of house music - named for the Chicago club where Knuckles was musical director, The Warehouse - needed no reminder of his importance, but the wider music community seemed to discover him only posthumously. In the five years since his death, Knuckles' legacy has gotten more mainstream recognition, which feels both vindicating and long overdue. There are frequent dance nights dedicated to his music, written tributes, compilations, and no shortage of acknowledgements in books and films about the history of house music.

In their 1999 book Last Night A DJ Saved My Life, Bill Brewster and Frank Broughton write, "In Chicago, as the seventies became the eighties, if you were black and gay your church may well have been Frankie Knuckles' Warehouse, a three-story factory building in the city's desolate west side industrial zone. Offering hope and salvation to those who had few other places to go, here you could forget your earthly troubles and escape to a better place. Like church, it promised freedom, and not even in the next life."

That sense of salvation through music is the driving force of the Frankie Knuckles Foundation, which focuses on "music in schools, LGBTQ youth homelessness, AIDS research, prevention & diabetes research, education."

In addition to supporting his foundation, listening to his music, and learning about his story, fans of Frankie Knuckles will be treated to some previously unheard tracks of his in 2019. Knuckles' longtime friend and collaborator Eric Kupper has announced a record of new mixes for spring of this year. While the date hasn't been set, the first track, a "director's cut" of his track "Baby Wants To Ride" was released on Feb. 1.

If this is the first you're hearing of Frankie Knuckles and have even a passing interest in electronic music, buy a record, find a book, go to a dance night, and treat yourself to this monumental talent.