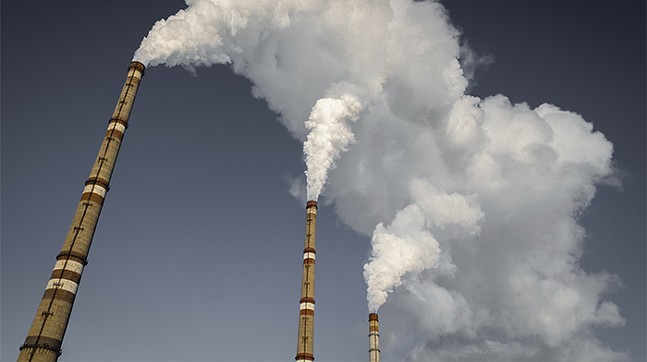 Yesterday, the Pennsylvania state Senate passed a bill that would block Gov. Tom Wolf from entering into an agreement meant to require the commonwealth to lower its greenhouse gas emissions.

The Regional Greenhouse Gas Initiative is a multi-state initiative and is modeled on a cap-and-trade program that sets a cap on carbon emissions. Facilities that exceed that cap must pay an allowance to state governments, which will then be used on plans to combat climate change. Wolf, a Democrat, started the process of entering RGGI last October and was joined by a bipartisan group of governors from Northeastern states. The process to fully join and implement should take about another year.

Environmental groups have criticized attempts to block the RGGI. PennFuture is a statewide group focused on advocating for renewable energy. In a statement, PennFuture director Rob Altenburg, director said RGGI would “unquestionably save lives and reduce our carbon pollution," and condemned any attempts to block it.

“Now is not the time for political posturing and games. The climate crisis continues to worsen by the day, and the federal government has shown time and again it lacks the appetite to take action to protect us,” said Altenburg in a statement. “Immediate action is needed to put Pennsylvania on a path toward a sustainable and clean energy economy, and today’s vote in the state Senate is both a gift to polluters and a step in the wrong direction.”

The bill, which to block the state from joining RGGI, passed 33-17, with some Senate Democrats — including Allegheny County state Sens. Jim Brewster (D-McKeesport), Pam Iovino (D-Mt. Lebanon), Wayne Fontana (D- Brookline), and Linsdey Williams (D-West View) — joining Republicans. Wolf has vowed to veto the bill, and the legislature currently does have the votes for a veto-proof supermajority.

Democratic leadership decried the vote because Republicans didn’t allow for the minority party to propose any amendments to the bill.

Senate Minority leader Jay Costa (D-Forest Hills) accused the Republicans of squashing debate on the bill because they didn’t allow Democrats to introduce any amendments. Instead, they voted to fast-track the bill with a motion that passed without any Democratic support.


A07601 – The General Assembly recognizes that climate change is happening and that it is a result of human activity.

The Republicans refused to vote on it.

“Our Republican colleagues are using arcane parliamentary procedure to shut down debate, to instantly reject our amendments, and to tamper with offices they don’t like,” says Costa. “They would not debate and they would not hear any of our amendments - amendments that would have offered protections for workers in the fossil fuel industry, that would have encouraged labor organization in the solar industry, and merely acknowledged that climate change is real.”

According to the Pennsylvania Capital-Star, Senate Majority leader Jake Corman (R-Centre) said the fast-track motion was permissible under the procedural rules the chamber unanimously passed at the start of this legislative session. Republicans also defended the bill to block Wolf from joining RGGI, saying the chamber should serve as a check on Wolf’s authority.