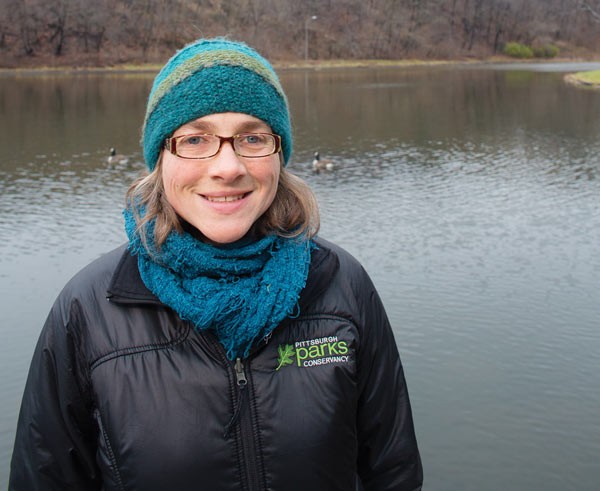 "This is a complicated piece of legislation," Regan says. "There were a number of parties involved internally and externally that worked on drafting those."

But the delay has hindered the process, says City Controller Michael Lamb, who is tasked with implementing the requirements.

"We've been working on ways we can inform construction sites and contractors and have been identifying ways they can move forward with retrofitting new [pollution-control] equipment," Lamb says. "But without the regulations in place, it's tough to do."

"Letting this important legislation languish for over two years does not shout, ‘I support this,'" says Rachel Filippini, executive director of the Group Against Smog and Pollution.

Barney Oursler, executive director of Pittsburgh United, which led the fight for the bills, says it's not clear that the stormwater ordinance is being enforced, either.

"[The current administration] tells us it's being complied with, but we don't have any comfort that they're actually doing anything with it," Oursler says. "So we're really looking forward to the new administration and transparency."

The city and its water authority are currently being sued by PennFuture for not enforcing the ordinance at a partially publicly funded development by the Buncher Company in the Strip District.

Regan says his office is defending the city on the grounds that it is enforcing the ordinance.

The lawsuit, filed in 2012, has yet to go to trial. PennFuture CEO George Jugovic says that with the administration turning over in January, it may not be necessary. "Given that [Peduto] sponsored it, I think we'll have an opportunity to sit down and settle it. All we're asking for is that the administration enforce an ordinance that was adopted by council."

Still, the outgoing administration can point to some accomplishments. It has, for example, joined with Allegheny County and other government agencies to form the Western Pennsylvania Energy Consortium, which pools resources to purchase electricity at discount rates — with at least 25 percent of that power coming from renewable sources. That source is mostly wind energy produced in Somerset County, according to Sloss' sustainability office.

The office has also overseen the Green Initiatives Trust Fund, which was created in 2008 with $100,000 in seed money from the operating budget. The fund invests in sustainability initiatives, like an effort to light streets with energy-efficient LED bulbs. Any money saved by those investments goes back into the trust for more sustainability efforts. The city has installed more than 40,000 streetlights with LED bulbs so far, says Sloss, saving $120,000 in reduced electricity costs.

"I would say during the Ravenstahl administration, this was the one program they [Peduto and Ravenstahl] actually came together on," Sloss says.

The need for cooperation will be far greater when the region confronts the overhaul of its sewer system.

The Allegheny County Sanitary Authority (ALCOSAN) is under a federal court order to clean up its act by preventing sewage from being dumped into rivers and other waterways. Such discharges happen when rainstorms overwhelm the sewer infrastructure: Water from storm drains backs into sewer pipes and untreated sewage spills from outlets into area waterways.

Advocates want the solution to include investments in sustainable infrastructure, and more green solutions like water gardens. But because ALCOSAN handles discharges from the city and 82 other county municipalities, good relationships between local governments are key.

"We're really going to have to work together," says Allegheny County Executive Rich Fitzgerald. Fitzgerald was a highly visible supporter of Peduto's campaign from the outset, and backed the election bids of some Peduto allies on council. "It's good we have a new mayor and council coming in, and on county council we have a lot of cooperation as well," he says. "I'm optimistic."

Expectations are high among voters as well. According to a recent survey by regional-indicators organization PittsburghTODAY (an arm of the University of Pittsburgh's University Center for Social and Urban Research), 78 percent surveyed in the Pittsburgh region think government should be responsible for taking the lead on the environmental agenda.

Peduto has already appointed an intriguing figure to the new post of chief innovation and performance officer. Debra Lam is the daughter of Chinese immigrants who settled in the city's North Hills. Her resume includes a stint at the State Department and as a sustainability integrator for a London-based engineering design consultancy firm. For her senior thesis at the University of California-Berkeley, she compared environmental policies in the U.S. and China.

"What I bring to the city and mayor is a very wide breadth of experience and understanding in how cities work around the world," Lam says.

Lam will be Sloss' new boss in the City's Office of Sustainability and Energy Efficiency. "There are going to be some changes and maybe a more defined set of goals," Sloss says, "but it's a smooth transition."

"One of the most important things is that the mayor has to have a vision and drive this," Lam says. "It needs to come from the top, and the good thing is we have someone who really cares about sustainability for all, not just certain neighborhoods, but something all neighborhoods can actively participate in."