Beware of pink products; they’re not as helpful as you think 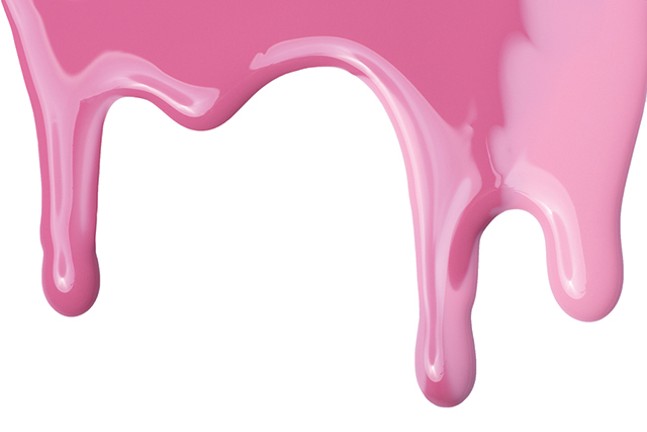 Do you remember when you first became aware of breast cancer? Was it while buying a light pink KitchenAid mixer? Or licking clean a shiny pink Yoplait yogurt lid? Or seeing a rubber "I love boobies” bracelet? Maybe it was cracking open a refreshing Mike's Hard Pink Lemonade.

The first breast cancer awareness ribbon was created in 1991 by Charlotte Haley, who distributed peach-colored ribbons attached to flyers stating: "The National Cancer Institute annual budget is $1.8 billion, only [five] percent goes for cancer prevention. Help us wake up our legislators and America by wearing this ribbon.”

In 1992, Self magazine wanted to use Haley’s ribbons for its breast cancer awareness issue, but she didn’t give permission, thinking the venture too corporate for her grassroots activism. So, the magazine changed the color of the ribbon from peach to pink to avoid legal problems.

The ribbon eventually caught on with corporations, who believed they could sell more products by introducing pink versions of everything. This brought on a wave of “pinkwashing,” in which pink products are sold with a partial goal of raising breast-cancer awareness, even if only a small percentage of sales funded cancer research.

The peak of corporate breast-cancer awareness campaigns was somewhere in the mid-2000s. It was fashionable to buy anything colored pink for a cause, and who could criticize such noble consumerism?

But, disillusionment with the messaging began in the early 2010s. Organizations like Think Before You Pink were founded to be more critical of pinkwashing. They recently pointed out how Ford Motors runs an awareness program, despite auto emissions increasing the risk of cancer.

In 2012, Susan G. Komen, the largest breast cancer organization in the U.S., stripped its donations to Planned Parenthood, one of the most accessible women’s health clinics in the country. They reversed the decision after backlash, but to many the trust was gone. Donations to Komen dropped significantly.

The pink ribbon started to be seen as a false signifier. Not everyone who wears pink actually cares about women's health. For years, the NFL was an expert at this con, outfitting players in pink gear and selling it to fans. But in 2013, data showed only 8 percent of the money spent on pink gear was donated to breast-cancer research. When Pittsburgh Steelers running back DeAngelo Williams wanted to wear pink year-round to honor his mother, who died of breast cancer, officiates said no, as if there was a limit to the amount of awareness they should raise.

In 2018, there is notably less attention paid to the cause. There are fewer pink candies and appliances and beauty products. Everyone has been made sufficiently aware that the disease exists, but still, every year, around 40,000 women in the U.S. die from breast cancer. The color was the first mistake. No one actually takes pink seriously.