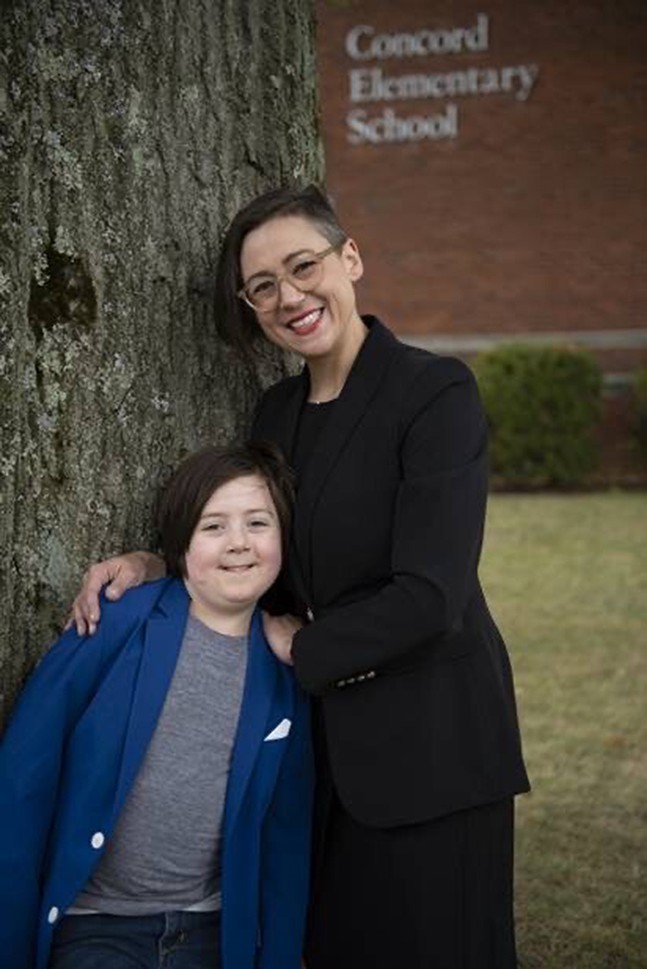 Photo: Caoilinn Ertel
Bethani Cameron and her son.
Believe it or not, there will be more elections in 2021, and in local races, there is at least one candidate who has announced her run. Bethani Cameron (D-Overbrook) announced on Monday her run for Pittsburgh City Council in District 4. The district represents neighborhoods in the South Hills, including Beechview, Brookline, and Carrick, and Cameron will be facing off against incumbent Anthony Coghill (D-Beechview), who has held the position since 2017.

Cameron worked as the chief of staff for City Councilor Deb Gross (D-Highland Park) until 2019, and before that worked for Coghill's predecessor Natalia Rudiak. She has also worked as a policy analyst for Allegheny County controller Chelsa Wagner.

Cameron, who announced her campaign with a video recorded from her home, said that working for local elected officials helped her see "how the sausage gets made" and where there are problems to fix. She gave an example of how streets in her neighborhood went unplowed during last week's snowstorm, and that she wants to create more union jobs to help with those kinds of government tasks.


the city council to ensure that all neighborhoods are equally represented.
I encourage you to follow the campaign here, on Twitter @bethanicameron, Instagram @bethaniforcitycouncil, or https://t.co/IPzThwrT2l#B4D4https://t.co/H9IFLIoA30

During the video, Cameron, who is a single mom, also explained that if she were elected, she would be one of the few city councilors with a kid in public schools, and understands what parents have gone through the past year.

"We need leaders who can put in the work, and who aren't afraid of a fight," said Cameron in her campaign announcement. "As any single mom will tell you, we never have enough time, money, energy, but we get the job done anyway. That's the experience I'll bring to Pittsburgh City Council."

On her campaign website, Cameron outlines her key campaign issues, including expanding resources for public education, fighting for higher wages and other worker issues, and investing in aspects of public safety besides the police, including social workers, mental health professionals, and others.

The last point stands in contrast to Coghill, who reportedly cited Pittsburgh's abundant hills as a reason why City Council couldn't cut police funding during a meeting last week.