“I like this piece. I want to further invest in it.” 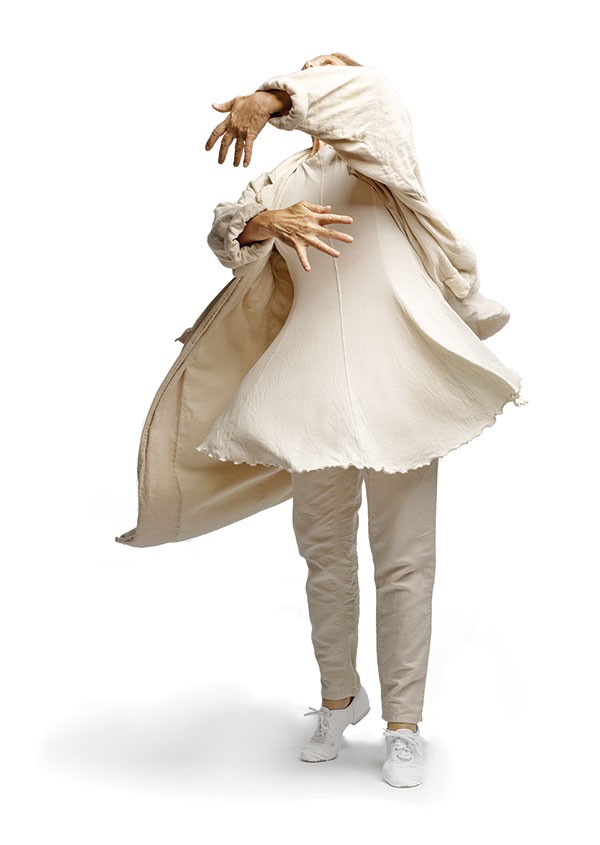 Wed., Sept. 7- Sun., Sept. 11. New Hazlett Theater, 6 Allegheny Square East, North Side. $25-30 (Sept. 11 show is pay-what-you-can). 888-718-4253 or newhazletttheater.org
Given that Beth Corning’s 2013 one-woman show Remains was an overwhelming critical success, it might seem that in revisiting the work, it would be counterproductive to change almost everything about it.

But that’s what dancer/choreographer Corning and collaborator Dominique Serrand have done. The “new and improved” incarnation, entitled Remains — A One-Woman Show, will receive five performances, Sept. 7-11 at the New Hazlett Theater.

Corning said that after the second performance of her company CorningWorks’ 2013 run of the work, Serrand told her that now they could really start to work on the piece. “I remember looking at him and thinking, ‘One, are you effing kidding me?’ And two, ‘You still want to work with me … cool,’” she says.

Serrand, a Tony Award-winning physical-theater director and co-artistic director of Minneapolis’ The Moving Company, has been mentoring Corning on and off the past four or five years, helping her to think differently about how she approaches and creates her dance-theater works. The productions are typically part of Corning’s Glue Factory Project, for nationally or internationally known performers over age 40.

While it’s uncommon in dance, productions are often redone in theater. That theatrical approach has been applied to Corning’s personal and poignant dance-theater piece about loss and what remains in terms of memories and objects.

Set to an eclectic mix of music, the hour-long multimedia work was inspired by several of Corning’s life-changing events.

“I was in a really raw place when I originally made this work,” she says.

This new version has roughly the same structure as the original, but the content is approached differently. Corning says she and Serrand have stripped away extraneous elements and added elements that further clarify the intent and arc of the work and her character within it. Also new will be costuming by award-winning costume designer Sonya Berlovitz, and a tourable set by Quantum Theatre’s Britton Mauk, both created specifically for the piece.

“I like this piece. I want to further invest in it … and create it the way we [she and Serrand] envision it,” says Corning.