Celeste Ng certainly could appear at larger spaces than the independent bookstores and smallish venues she's visiting on tour for the paperback release of her bestselling novel, Little Fires Everywhere (Penguin). But Ng has a great affection for all booksellers.

Ng lived in Allegheny County before her family moved to Shaker Heights, Ohio when she was 10. Her fondest memories of the area include going to Century III Mall in West Mifflin and browsing the shelves of B. Dalton and Waldenbooks, the now-defunct chains on opposite ends of the mall.

In 2014, Ng published her first novel, Everything I Never Told You. That book — about a Chinese-American family in Ohio in the mid-1970s — earned Ng a fellowship from the National Endowment for the Arts.

In 2017's Little Fires Everywhere, Ng’s story alternates between heartwarming and heartbreaking. Mia Warren and her 15-year-old daughter Pearl have been itinerant travelers since Pearl's birth. They arrive in the seemingly perfect Cleveland suburb of Shaker Heights (founded in 1911 by the Shakers, a Christian sect) and Mia, a photographer who works odd jobs to support her art, promises Pearl they will finally stop moving from town to town. They rent a duplex from the Richardsons, a family comprised of two successful parents and four children who seem like archetypes of the teenagers from Sixteen Candles and Pretty in Pink.

Then the lives of both families unravel as family secrets are uncovered.

For Ng, writing about the mid-1990s was like “unpacking boxes of memories. I can see us now, and I remember how cool we felt,” she says. “There was a trend where we’d button two buttons on our shirts and leave the rest unbuttoned. But there were a lot of things I forgotten about, like music and world events. I was sheltered in a lot of ways in high school, and I had to go back and double check what was going in the world, what was going on politically, that I wasn’t aware of as a teenager.” 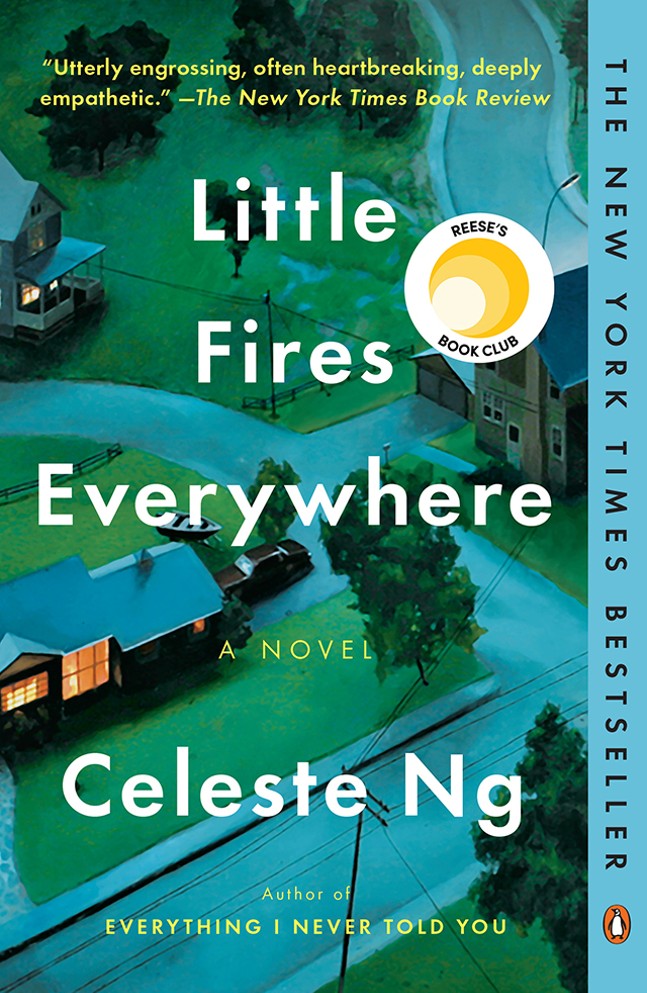 Ng, who was born Catholic but really didn't practice the faith, invests the story with a subtle spirituality. The underlying concerns of the novel — the “fundamental moral questions,” Ng says — are about the conflicts at the heart of altruism.

“There is sort of a little bit of a biblical question: If you do good and nobody knows about it, is that different from doing good only because everyone is going to see it? How selfless is that, really?”

Ng will speak Fri., May 10 at the First Unitarian Church in Shadyside as a guest of White Whale Bookstore in Bloomfield.

Michael Wurster, long a fixture in the Pittsburgh poetry community, will read from his new collection Even Then as a guest of Pittsburgh Arts & Lectures' Made Local Series on May 9. Wurster, the founder of the Pittsburgh Poetry Exchange, was the first recipient of the Pittsburgh Magazine Harry Schwalb Excellence in the Arts Award in 1996. 7 p.m., Carnegie Lecture Hall, Oakland. Free (registration required). 412- 622-8866 or pittsburghlectures.org