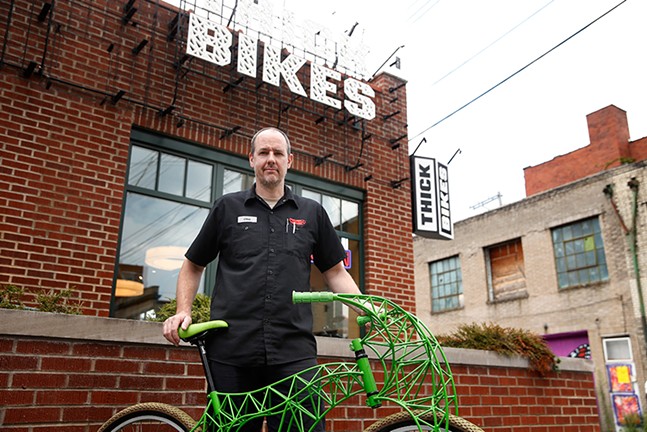 Christopher Beech believes as more cyclists hit the streets, Pittsburghers will start to embrace bikes en masse. Even though drivers still have an “us versus them” mentality towards cyclists, change is coming.

“With more people commuting by bike and riding bikes, there is a bit less [hostility],” says Beech, owner of Thick Bikes — City Paper readers’ pick for Best Bicycle Shop for the past six years.

“As soon as it comes closer to home, you develop a bit of compassion. You wouldn't want your son or daughter or spouse to be put in a dangerous situation when on a bike.”

Thick Bikes has serviced Pittsburgh from its South Side location since 1996. Beech has witnessed only improved acceptance towards cyclists has over the years. He gives a lot of credit to bike-advocacy group BikePGH for helping make the city more bike-friendly. “I think there has been positive momentum,” Beech says. “The addition of bike lanes and the bike paths. It is making it easier to get around. I think the city has come a long way.”

“The electric bikes, they are kind of eye-opening,” Beech says. “It makes it a lot easier and a lot less work. For some people who want to ride but are daunted by the hills or the distance, I think the electric bikes are a great choice.” 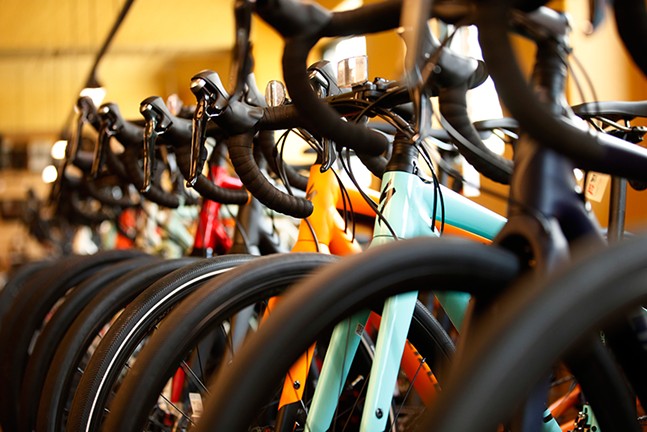 The ascendance of electric-assist bikes will likely broaden biking’s appeal. Models start at about $2,500 — more expensive than a traditional bike, but much cheaper than a car. Beech feels electric-assist bikes will encourage more people to ride bikes for all types of trips and could bring to an ending the bike-car war. “As more people take the roads on bikes, it brings it home.” Beech says. “It gets rid of the ‘us versus them’ mentality. It reminds drivers that we are all people.”

And Thick Bikes will still be providing the same service during this potential car-to-bike transition.

“We are just always trying to improve,” Beech says. “We have one store, and that is our focus. We are just trying to have one shop and do as best we can.”