"I wanted to do something big, and this was the idea that seemed like the best opportunity." 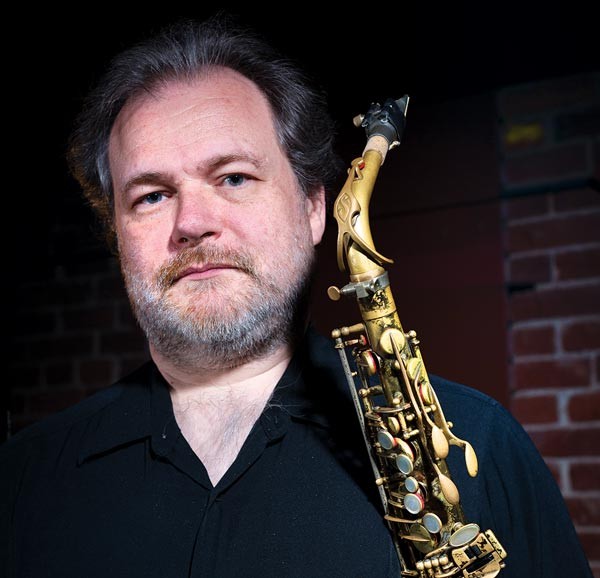 As Ben Opie's 50th birthday was on the horizon last year, he started thinking about a performance that could mark the milestone. He continues to work with OPEK, an ensemble that generally numbers between nine and 12 musicians and devotes itself to the music of jazz composers like Sun Ra and Thelonious Monk. Additionally, he plays with the acoustic Thoth Trio, the electric experimental group Flexure and a handful of other projects. But the saxophonist set his sights on something he had never tried: an original concert-length piece for a large ensemble.

"I wanted to do something big, and this was the idea that seemed like the best opportunity," he says. "Part of it being [the question of] could I pull it off, and did I have the ability to actually do it?"

As he started sketching out musical ideas, Opie applied to the Pittsburgh Foundation's Investing in Professional Artists grant program, which the foundation sponsors along with the Heinz Endowments.

"I made the argument that [the composition] is a way for me to prove myself, hopefully continue to promote myself as a composer [and] performer," says Opie, who submitted some musical ideas with his application. The Foundation accepted his proposal, which yielded a $10,000 grant that will result in the performance this weekend of Concerto for Orkestra, with 16 local musicians, plus a conductor. Not only does the piece take its composer into new territory, it represents a bold leap for local jazz.

Large-scale jazz compositions themselves are nothing new. Charles Mingus, another composer who has inspired Opie, created the highly personal epic Epitaph, which was never performed in its entirety during his lifetime (in part because he kept revising it). Duke Ellington also wrote a series of highly regarded suites, some of which had connections beyond the music. "[Ellington's] Such Sweet Thunder is supposed to all be dedicated to Shakespeare characters. But there really [aren't] musical ideas that run through the whole piece," Opie explains. "They're a series of pieces tied together based on something that's non-musical."

Opie didn't try to write something with an over-arching theme, nor did he simply string together a set of compositions under one title. "The first thing [I wanted was] to have a certain amount of flow and a certain amount of contrast at any given time," he says. "How does one piece contrast with another? How do they relate on musical issues, how does one thing break from previous things?"

A few ideas recur in the work. Except for the opening and closing movements, each section is named for a mode of transportation, ranging from "Incline" and "Bumper Car" to "Dromedary." There are also a few musical elements that reappear. "When I was really launching into this, I was hearing these sort of strange melodies — repeated notes layering on top of each other and combining in different ways," Opie says. "So you can imagine those overlapping and creating a kind of shape, but the rhythm is sort of static. That idea pops up either directly or indirectly in a number of the movements of the work."

While one section is built that way, on a series of staccato notes played by brass and reeds in layers, other sections have an almost lush swing to them. The harmonies sometimes recall the best moments of Sun Ra, tipping the hat to a more traditional era while clearly playing music for modern times. For that reason, Opie doesn't shy away from calling some of the music "jazz." The closing "Recessional" is pretty traditional, in fact. "It's a melody and a set of chord changes," he says.

With the grant money lined up, Opie made sure that he could stage the piece in the proper manner. He called upon current bandmates, a former student and a least one musician not necessarily connected to the city's experimental jazz scene. For ease, he also enlisted a conductor. "The average OPEK gig involves me standing around trying to play and wave at people at the same time," he says. "Now I can just sit and play and relax and someone else is involved with making sure that things run smoothly."

Since improvisation factors into the concerto, conductor Nizan Leibovich helps shape the direction of the piece. "The second movement, ‘Fiat,' starts with what is effectively a kind of improvisation for the conductor," Opie says. "The brass and the winds are in two groups, and the conductor gets to cue a set of events at his own timing. Saxophones play one chord and brass plays another, and maybe he can do one or the other, change the timing. So while there's a series of events, he has the ability to choose how it is played through."

In constructing Concerto for Orkestra, Opie felt the urge to utilize all the directions he likes to explore in music. But "I gave up on that idea," he says. "The piece started to take shape and it had to be about writing this work. And there were ideas that I wanted to try and get in there, and I thought, ‘No, it's not working.'"

Narrowing his scope allowed him to see things clearly. "At a point I had to step back and say ... ‘I think it's done,'" he says. "There's plenty of material in it. I'm satisfied with it being what it is."