Beer of the Week: Every Time Only Once: Blackberry + Boysenberry | Drink | Pittsburgh | Pittsburgh City Paper 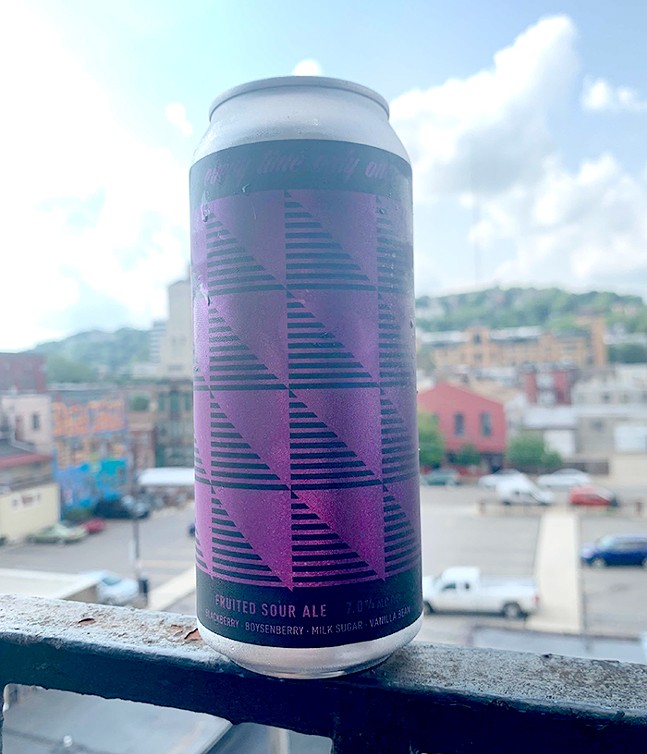 The Pittsburgh craft brewery scene has transformed from a creek to a full blown tidal wave in the last 10 years, with different spots popping up seemingly every week. So much so, it might cause an inevitable fatigue to anyone not obsessing over the craft beer world. So what’s the best way to stand out? Make better beer. That’s what Four Points Brewery has done, and their Every Time Only Once: Blackberry + Boysenberry is my new favorite.

Specializing in IPAs, Four Points has made their mark across styles as the brewery has continued to expand. Started a few years ago in Charleroi, about an hour south of Downtown Pittsburgh, many locals may not have gone out of their way to seek out their beer. But Four Points has continued to expand their distribution within the city, and they now have a new, absolutely gorgeous taproom on Western Avenue in the North Side. A contrast from many of the wood-barrel-and-coffee-shop vibes of a lot of taprooms, Four Points’ spot is sleek, elegant, and comfortable.

Every Time Only Once: Blackberry + Boysenberry is the latest version of a series of sours with rotating fruit combinations. It follows the growing trend of sours that are thicker and thicker, giving them a smoothie-like quality. More importantly, however, Four Points makes sure to retain an actual sour taste in the beer, instead of just seeing how sweet they can make it. The sweetness is present, but Every Time Only Once’s subtlety and restraint, like many of their beers, helps set it apart.

At 7% ABV, Four Points once again finds balance, in between a beer that is simply a low-alcohol crusher, and one that is pushing the sour into booze territory. The blackberry and boysenberry flavors compliment each other very nicely (although I still honestly am not sure if I’ve ever had a real boysenberry in my life.) And maybe most importantly, the milk sugar adds an entirely different element, giving a vanilla twist and making it reminiscent of berries and cream.

The sour beer world has gotten borderline out of control, with each place trying to outpace each other in the craziness of what’s going on in their latest. These have their place, but in the meantime, go enjoy a beautiful summer sour from an absolutely top-flight Pittsburgh brewery. You’ll get your fruit and drink it, too.