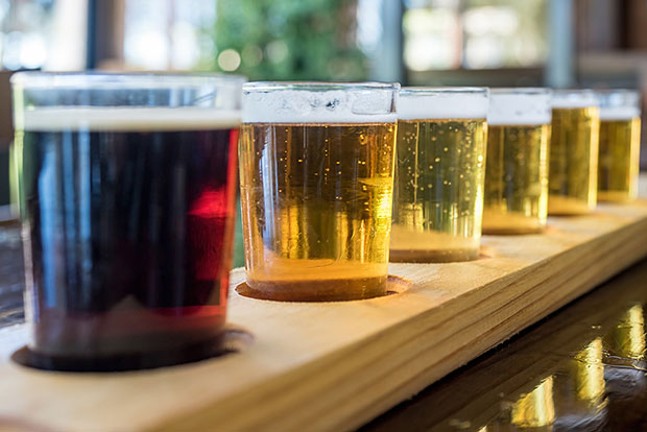 1765 The year that British soldiers built a brewery at Fort Pitt, the first brewery in Allegheny County

348 Breweries in Pennsylvania, according to the Brewers Association

29.8 Size, in barrels, of the brew house at Penn Brewery

1 Size, in barrels, of the brew house at Abjuration Brewing Company

195,000 Cans of Big Hop that East End will have filled by the end of this year

1990 Year that Penn Light Lager won a gold medal at the Great American Beer Festival, the first medal for a Pittsburgh Brewery

100 Taps at the Urban Tap, in Shadyside

19.9 The amount of beer, in gallons, consumed by the average American each year, according to the most recent data from Kirin Beer University

$5.8 billion Economic impact of craft brewing in Pennsylvania, according to the Brewers Association