"We always feel like, ‘Man, we have to be doing just Irish music.'" 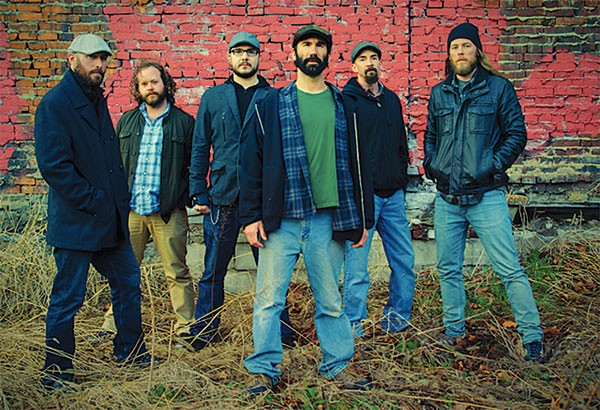 Having a name like Bastard Bearded Irishmen can present a few issues for a band. Beyond the obvious (like occasionally being asked to censor your name for radio or for the more prudish family-friendly events), there's the existential: What if Bastard Bearded Irishmen want to shave? Or, more importantly, what if they want to play something that's not entirely ... Irish?

"That's the biggest problem we have," says frontman Jimmy Bastard (real name: Jim Smerecky). "We're Bastard Bearded Irishmen, and we always feel like, ‘Man, we have to be doing just Irish music.' But we kind of crossed that border and said, ‘People are gonna have to accept us for what we are. We can do what we want.' As long as we're doing it from our hearts, I think they're gonna like it."

What they decided they wanted to do was a second full-length, Rise of the Bastard, which mixes the Irish-inflected punk sound they've become known for with a bit of traditional music — there are three interpretations on the album alongside 12 originals — and other stuff, like the Gypsy folk found on the album-opener, "Mama."

One change in the band does help it more closely resemble its namesake: the departure (on good terms) of viola player Rachel Karras, who was replaced by fiddler Paul Dvorchak, also of bluegrass band The Mon River Ramblers. He can at least pass as bearded.

"He brings a completely new ingredient," says Bastard. "You'll hear that on the record."

The life of an Irishman isn't exactly a walk in the park. While the seven members all have day jobs, the band is a time-consuming pursuit; it's on the road most every weekend.

"I've spent 20 years doing this, and I've always held to: ‘We're gonna play anywhere, with anyone, anytime,'" says Bastard. "We like to do the outdoor shows for the families, the all-ages and stuff. But we get to hit it all — everything from nursing homes to the Carnegie Libraries to biker festivals, and every gritty bar in between."