Barrel and Flow Fest, touted as America's first Black arts and craft brew festival, will return with a roster of more than 30 Black-owned breweries from across the country. While the festival takes place in mid-August, it technically kicked off on Aug. 1 as part of the Ale Trail, described as a unique opportunity for interested attendees to visit participating breweries.

The Ale Trail will take place throughout August, and push Crackem users to visit participating breweries in the city.

The official Barrel and Flow Fest takes place from Fri., Aug. 12 through Sun., Aug. 14, in Pittsburgh's historic Strip District. Tickets and additional information can be found on the festival's website. 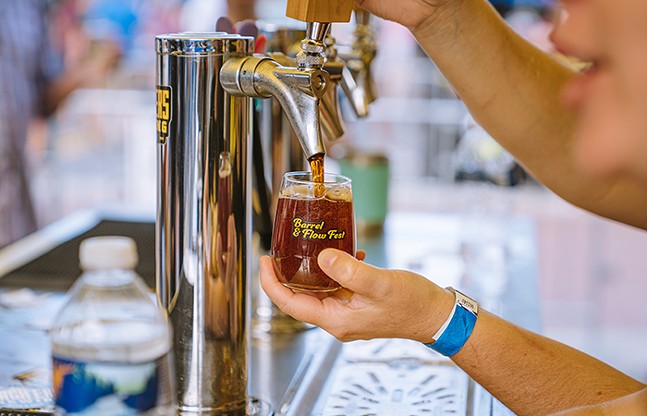 Photo: Courtesy of Barrel and Flow Fest
Barrel and Flow Fest
Now in its fifth year, the Fest will offer access to various breweries as well as 150 vendors, 55 collaborative brews, and seven bands. The event not only showcases Black breweries, but artists, small businesses, and industry influencers.

Developed by Florida businessman Aubrey Perry, Crackem encourages people to support small businesses in their communities by "pairing beer lovers with independent craft beer breweries." When you subscribe to the app, you earn multiple opportunities to save money, earn rewards, and win prizes for patronizing participating breweries.

“At Crackem, we think it is important to be able to provide an extra level of support for the beer industry,” says Perry. “Our mobile app and marketing consultancy services are designed to add value by empowering business owners and the Black community. Through our outreach, we are devoted to supporting beer drinkers and helping to ensure that they know about breweries that are owned and operated by people of color."
Barrel and Flow Fest. Fri., Aug. 12-Sun., Aug. 14. The Stacks at 3 Crossings. 2875 Railroad St., Strip District. $25-215. barrelandflow.com