"We try to provide a level of comfort, but a level of adventure as well." 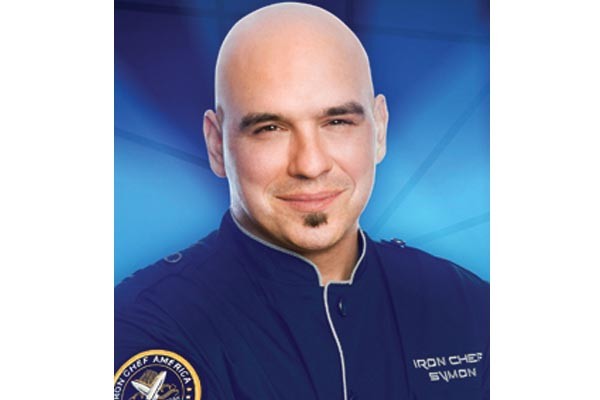 Bar Symon has an unusual ambiance. Food — from a menu designed by Food Network celebrity chef Michael Symon — is served on counters of wood reclaimed from old bowling alleys. The interior, meanwhile, decorated with photographs of a bygone Pittsburgh ... and a TV monitor updated every 15 seconds with flight-departure times.

The bar/restaurant — a partnership between Michael Symon Restaurants and the United Concessions Group — is the newest addition to the Pittsburgh International Airport food court. And managers hope the drink list will take off with casual travelers and serious connoisseurs alike.

Sam Lindsley, director of operations for Michael Symon Restaurants, describes the drink menu in terms that capture every good travel experience: "We try to provide a level of comfort, but a level of adventure as well in our beverage selection."

To that end, meals can be paired with fine wines, craft beers or creative cocktails. The craft-cocktail list, though small, is refreshingly nuanced for an airport bar, and is mixed from fresh ingredients. The menu includes an elegant martini and a Bloody Mary whose mix is made in-house — a perfect Sunday-morning pick-me-up after a red-eye flight.

The large beer list —10 brews are on tap, with another 14 available in bottles or cans — includes both popular mass-market beers and a strong selection of regional brews ... though these are largely drawn from Michigan and Ohio, where Symon operates locations in Cleveland and Detroit. Those cities are represented by Great Lakes Dortmunder Gold and Bell's 2 Hearted IPA, respectively.

Pittsburgh's lone representative on the list, by contrast, is IC Light.

Come to that, the United Concessions website acknowledges the company is owned by "Clevelanders at heart ... go Browns." But don't take that personally.

"We have a healthy rivalry, but we love Pittsburgh," Lindsley says.

And according to Ben Rababy, VP and CFO of United Concessions, Bar Symon began acquiring local flavor almost immediately. The bartenders, he says, have already "asked us where we were going to put the Terrible Towels."