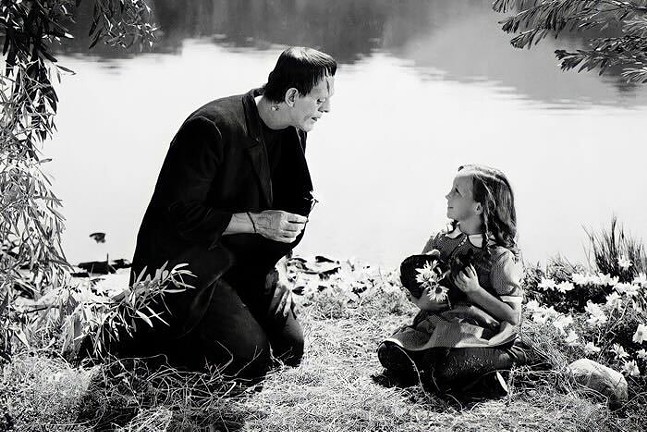 Photo: Public domain
Frankenstein
Halloween season is months away, but that doesn’t mean horror is off-limits. To prove this, a Pittsburgh music group will present a spooky springtime event in honor of a beloved movie monster.

The Bach Choir of Pittsburgh will bring Monster: Frankenstein Re-Imagined to The Oaks Theater as part of its stated mission to “present unique performances of interesting choral works in intriguing venues.” Happening from Sat., April 23-Sun., April 24, the event will see the Bach Choir providing a live soundtrack to the 1931 film Frankenstein.

A press release says the music will “re-imagine the classic Frankenstein tale with a brilliant lattice-work of contemporary idioms" while accompanied by a live band that includes a keyboard, bass guitar, drums, guitar, and saxophone. It's further described as an original and unique pop-rock, funk, and R&B score compiled by Bach Choir artistic director, Thomas W. Douglas, and collaborator Jaron Crawford.

“I got the idea about four years ago when I saw the musical Hamilton for the first time and then later watched the movie,” says Douglas. “I thought, 'Wouldn’t it be so cool to do some sort of funk or R&B behind Frankenstein?' and as I watched the monster move around, I thought this could really be a perfect marriage.”

Douglas then partnered with Crawford to “compose a score that captures the darkness of the film and its pathos while casting it into a modern musical setting.”

Founded in 1934, the Bach Choir set out to exclusively perform the works of German composer Johann Sebastian Bach. The group, which currently consists of 80 members, including a 16-person core of professional singers, now focuses on “all types of choral works by composers from the Renaissance through the present.”

“When you see a list of what some of the songs will be, you will think, 'How could that possibly fit Frankenstein?'” explains Douglas, assuring that "it will be like nothing you have ever heard or seen before."
Monster: Frankenstein Re-Imagined. Showtimes vary. Sat., April 23-Sun., April 24. The Oaks Theater. 310 Allegheny River Blvd., Oakmont. $12-27. theoakstheater.com