B. White represents McKeesport in the rap game

"I wanted to come into the game as a hip-hop head and not a gimmick." 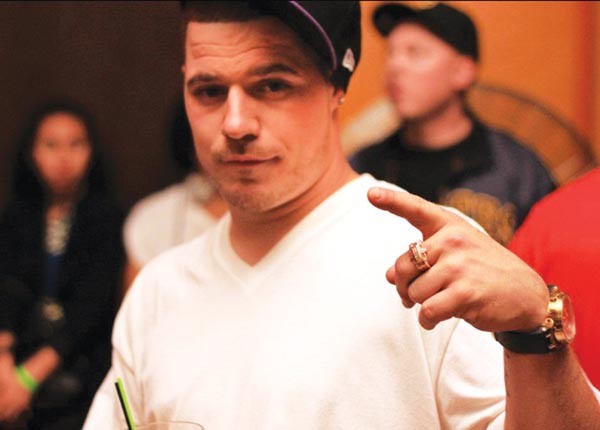 "I was formed in McKee, born at Magee": B. White

"We were in high school and a buddy of mine had a studio. We did one song and it was basically a diss against another group," he says with a laugh.

The McKeesport native's re-introduction came in 2007, with the release of the Slowly But Surely mixtape. The recording was done with close friend Mayo, who, along with B. White, is part of a larger rap collective known as The 58's.

"Mayo had a studio and I went over and was just freestyling," B. White recalls. "Before you know it, we had 30 songs done, so we released it. The only way we distributed it was with hard copies."

Right now, the focus is online: In recent weeks, B. White and videographer Ben Fredette have collaborated on a weekly music video series they call Mon Valley Mondays.

It's hard to reference hip hop in McKeesport without acknowledging rap veteran Sam Sneed, who in the early '90s worked with several mainstream acts including K-Solo, Dr. Dre and Snoop Dogg.

"That was the first person that ever reached out to me," says B. White of Sneed. "He contacted with Mayo and said he heard about us and wanted to work with us."

"These are hip-hop icons," claims B. White. "I wanted to come into the game as a hip-hop head and not a gimmick, and I wanted people to know that so I used the old-school, more respected artists."

B. White says he's developed a loyal and varied fan base.