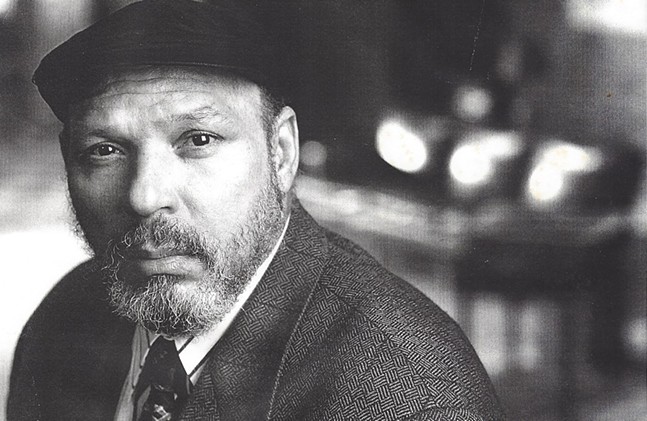 Photo: August Wilson African American Cultural Center and the August Wilson Estate
August Wilson
While he wrote for the stage, August Wilson's works have been adapted for the big screen, namely Denzel Washington's locally shot take on the Pulitzer Prize-winning play Fences. Now Hollywood will honor the late Black Pittsburgh playwright with a star on the Walk of Fame.

On June 17, the Walk of Fame Selection Panel of the Hollywood Chamber of Commerce named Wilson as a recipient of a posthumous star in the Live Theatre/Live Performance category. Wilson is among 34 other honorees including film and TV stars, recording artists, and others.

“The Panel has done an exemplary job in choosing very talented people,” says Ellen K, chair of the Walk of Fame Selection Panel and radio personality, in a press announcement.

Paul Ellis, Wilson's nephew and founder of the August Wilson House, a nonprofit organization based in the playwright's Hill District childhood home, believes the star is well deserved.

“I think that the recognition is deeply appropriate for a largely self-educated man that became one of the greatest playwrights in American history,” says Ellis. “There is a very small and elite group of true born and raised Pittsburghers who have received this incredible distinction. The star on the Walk of Fame is a deep source of honor and pride for our family, and the City of Pittsburgh, due to August Wilson's unprecedented and unparalleled contribution to American literature, which continues to inspire an entire generation of emerging artistic professionals.”

Born in 1945, Wilson went on to become a celebrated voice in the theater community with plays that centered the Black experience in Pittsburgh. As Ellis previously noted, he was also an outspoken critic of the very industry that lavished him with awards and praise, calling out the explicit racism that excluded BIPOC talent.

Other Pittsburgh personalities who have been honored with a Walk of Fame star include children's television pioneer Fred Rogers and dancer/actor Gene Kelly.

Dates have yet to be scheduled for the star ceremonies.