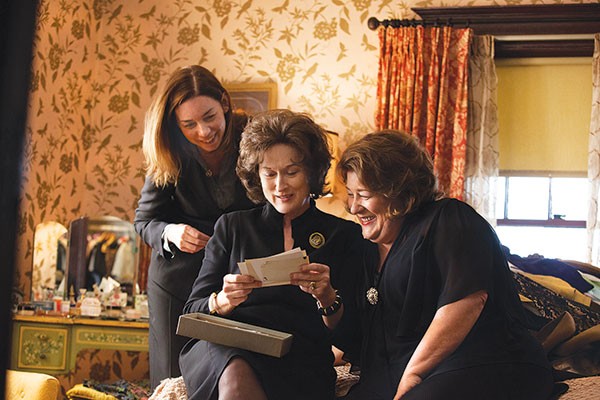 Letts' screenplay preserves the essential story of a family whose three daughters (shades of King Lear) return to their rural Oklahoma homestead after the sudden disappearance of their father, an alcoholic professor — only to face their raging, pill-addicted, brutally candid mother, Violet (Meryl Streep). And most every punch in this classic family-secrets drama lands, from the raucous comedy to the grim revelations, and the quieter moments in between.

Adapting for the screen, the filmmakers relocate several scenes to car interiors. That doesn't hurt much, though it downplays the house's own role as a character. What hinders more is Wells' heavy reliance on close-ups: We miss the wider shots that might reveal more about the relationships between characters (something you inevitably get on stage).

On stage or screen, August remains a showcase for whoever plays Violet, and Streep delivers a harrowing portrait of a tortured, sharp-tongued woman, tough but vulnerable, who sees too much for her own good. Julia Roberts, Julianne Nicholson, Chris Cooper, Margo Martindale and Ewan MacGregor also stand out in the fine ensemble cast.